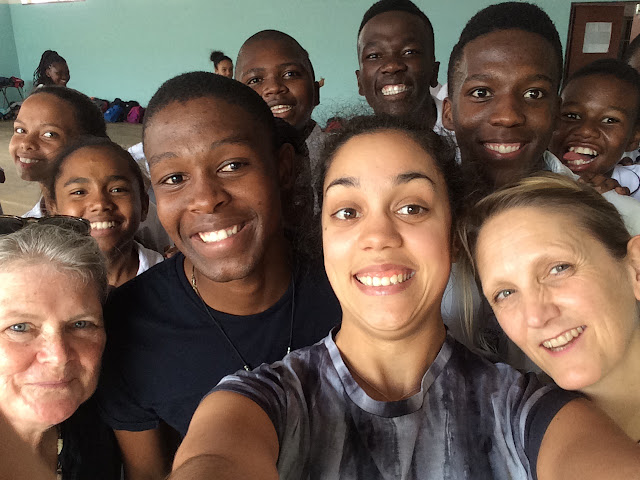 Alix Harris, theatre performer, script writer and theatre for social development facilitator initiated the exchange with ARROWSA. The trip was facilitated by ARROWSA chair, Mary Lange. Alix, Jules, Bhekithemba, Luthando Ngema and Mary Lange had worked together previously at Indra Congresses in Plymouth, United Kingdom and Alix had been part of a skills exchange previously with ARROWSA Bechet that was funded by the National Arts Council SA.  The ARROWSA Bechet leg of the 2017 trip was co-ordinated by ARROWSA management and Bechet High School teacher Bhekithemba Dlamini and the exchange with UKZN drama department by ARROWSA management and UKZN lecturer Miranda Young-Jahangeer. 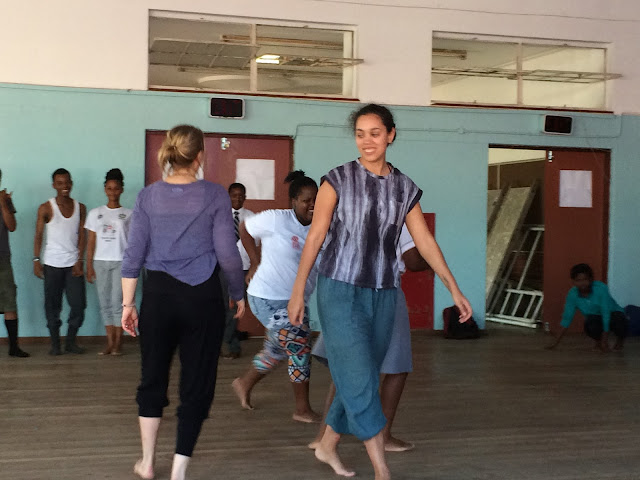 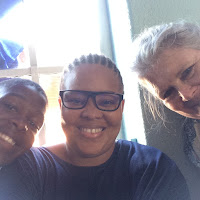 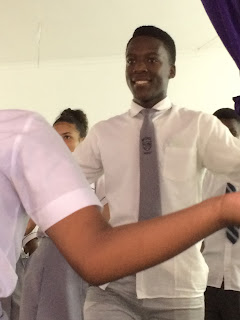 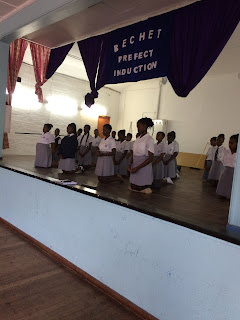 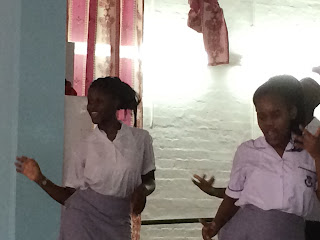 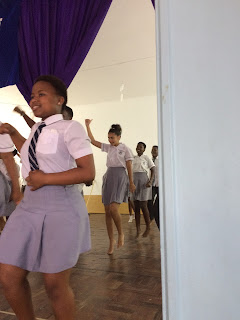 Alix and Jules watched ARROWSA Bechet devised performances on the 7th  February 2017.  The ARROWSA Bechet participants performed fusion dances as well as songs that they had composed themselves. 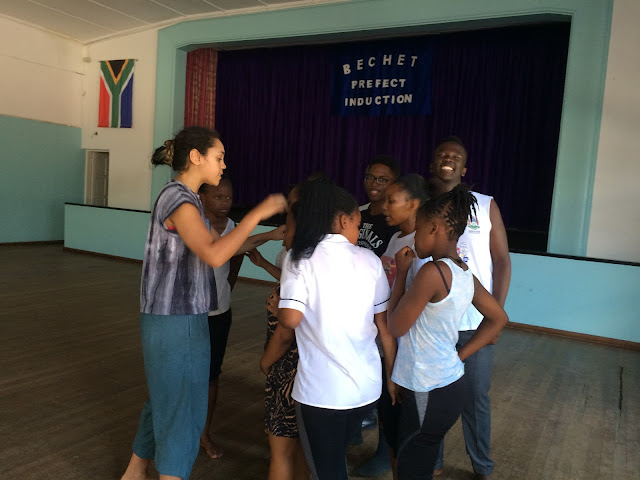 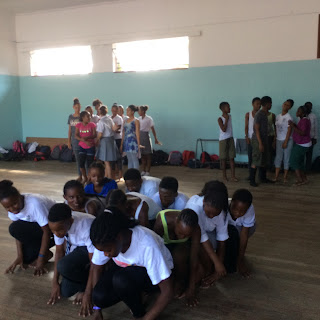 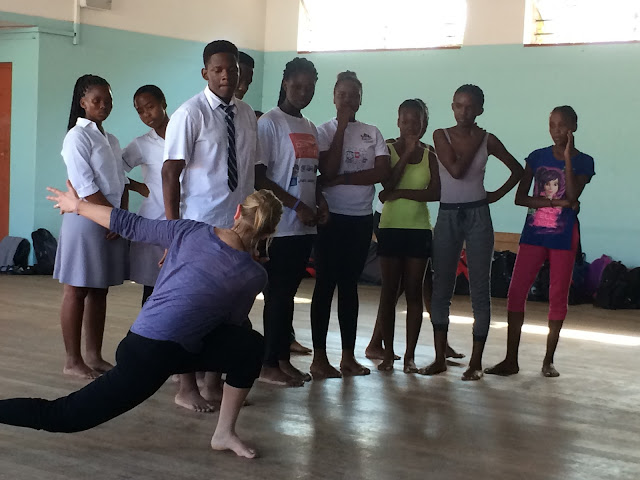 Jules focused on the dance aspect of the workshop that introduced ensemble dance which combined  with the vocal exercises and warm up games introduced by Alix provided the ARROWSA Bechet with fresh approaches and additional performance skills.

ARROWSA Bechet, led by Mr Bhekithemba Dlamini hosted their  entertaining, moving and inspiring 2016 certificate ceremony at the end of the school term. The event was attended by ARROWSA Bechet family, friends, Bechet staff and ARROWSA management. 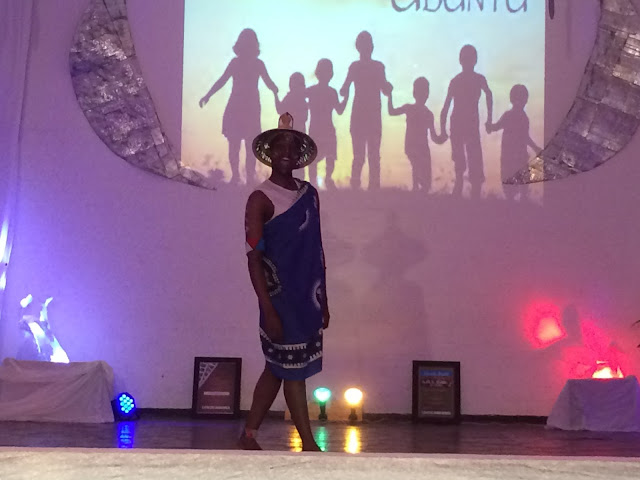 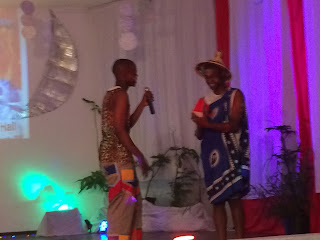 The ARROWSA Bechet group performed extracts from their devised production '1955' scripted and directed by Mr Dlamini that focuses on the activist role that the school learners and educators played towards the downfall of apartheid. Costumes and dance routines in the production fused the diverse cultures represented within the ARROWSA Bechet group. 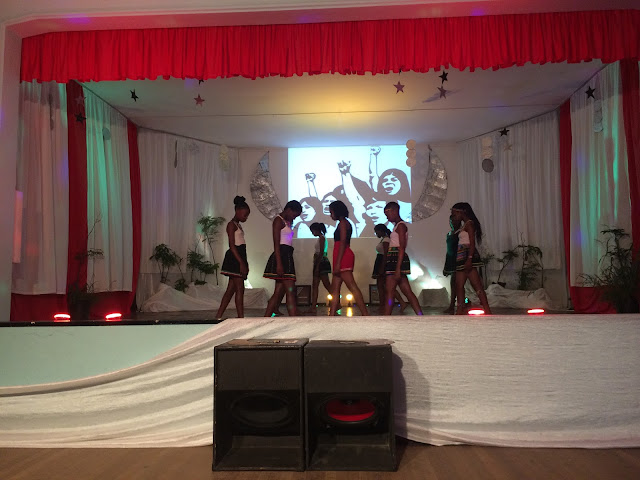 The learners also performed their own devised and directed programme on child and teenager abuse based on personal experience.   The programme specifically focused on the empowerment of young abused women. 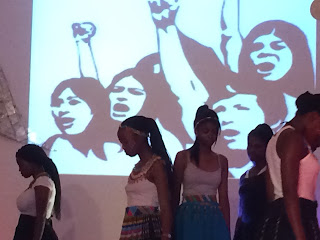 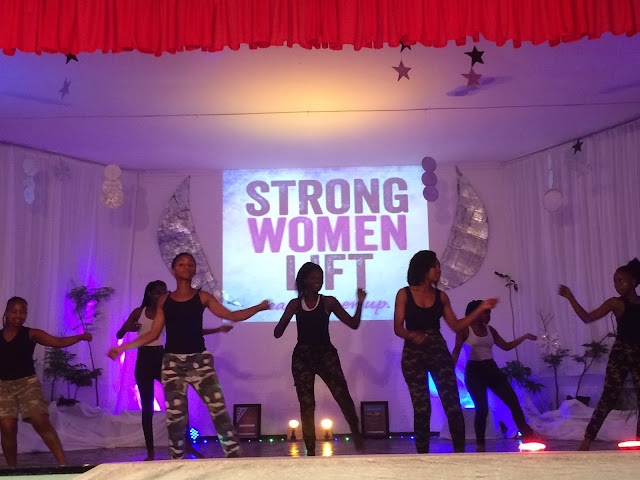 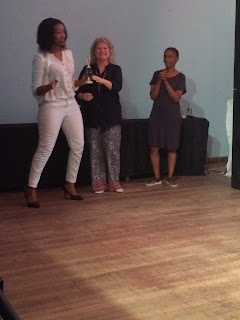 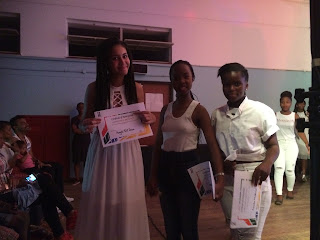 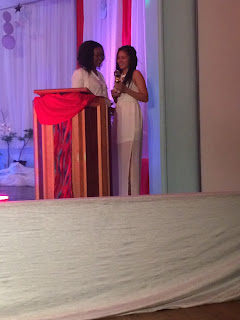 Certificates and awards were handed to ARROWSA Bechet participants for dedication and exceptional performance. 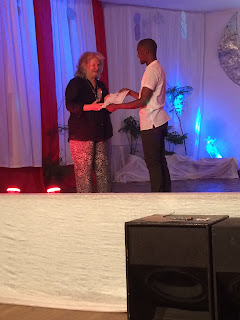 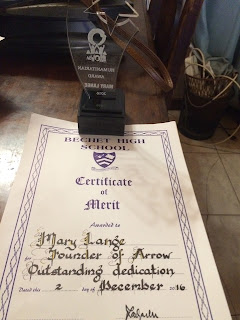