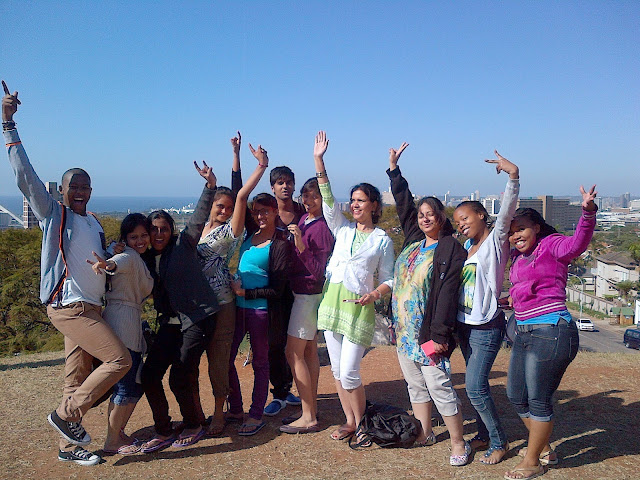 “It was a very big moment of my life to travel to Durban. The experience was new for me and I enjoyed it very much. I had a great learning experience and interacted a lot with the students of ARROWSA. I am happy that I got such an opportunity and I look forward to more of these in future.” Preeti Yadav

In 2014 a bilateral Indra exchange was organised between a group of youth and adult leaders from India Lucknow and Durban South Africa.  The exchange from India was co-ordinated by Study Hall Education Foundation under the leadership of the director, Dr Urvashi Sahni and the South African exchange was co-ordinated by ARROWSA: Art, Culture & Heritage for Peace under the leadership of the chairperson, Mary Lange.  The seed for the exchange was sown in discussion between the leaders at the 2013 Indra Derry/Londonderry Congress when both groups had only been able to bring a limited number of members to the congress.  Some of the India group did not receive visas to attend the Derry Congress and the South African funding from the National Arts Council had not been received in time for all to attend.  Therefore both groups had some funding available to facilitate an exchange that extended the Indra 2013 congress.  For the Durban, South Africa to Lucknow, India, leg of the exchange narrative report see:
http://arrowsa.blogspot.com/search/label/Arts%20for%20Peace?updated-max=2014-07-04T05:08:00-07:00&max-results=20&start=7&by-date=false.

The narrative report below focuses on the Durban, South Africa leg of the exchange.  The report is compiled by Mary Lange and incorporates contributions by the Lucknow, India group compiled by Suman Dwivedi.

Objectives of the exchange
The exchange fitted in with ARROWSA’s objective to “join people as individuals, from organisations and institutions, and from all over the world in art projects, and face-to-face meetings, that break down barriers, and promote conflict resolution and reconciliation, and understanding”.  It also fitted in with Indra Congress’ mission to “through the building of a network of artists, educators, young people and others who share this commitment use the language of the arts to challenge stereotypes, prejudices, inequalities and destructive myths, to build bridges, to promote empathy and to help build positive relationships across perceived boundaries and barriers” 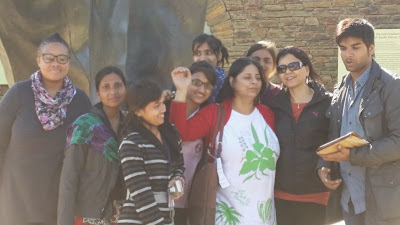 The Lucknow, India group funded their own air tickets, pocket money and Ushaka visit.
ARROWSA funded the transport, food, accommodation and excursions via funds from previous fundraising as well as contributions from management and supporters (see below). 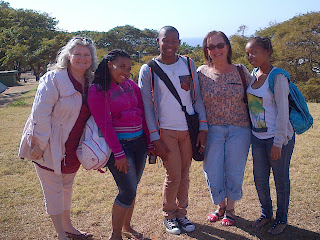 How the intercultural exchange achieved the objectives mentioned above;
What challenges were encountered and if and how they were overcome?

Communication started soon after the ARROWSA leg to India and it was led by Luthando Ngema and Suman Dwivedi who had met each other in Lucknow, India.  Once more visas proved a challenge and the group had to postpone their original dates due to a few learners not receiving their visas timeously. It should be noted for any future groups that South Africa has many public holidays in the March/April time period and these should be taken into consideration when calculating the number of working days required for the application process.  The postponement resulted in a change of participants as the new dates clashed with some of the students’ exams. 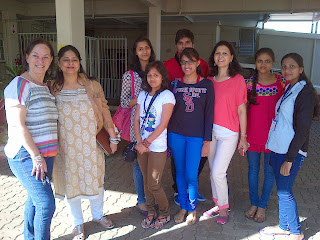 The number of visitors from India was also a challenge as ARROWSA had anticipated five visitors and the numbers alternated between eight and nine.  Although very pleased to accommodate the extra numbers it did impact logistical and financial arrangements as home hosting was not possible due to hosts for the increased number living far from each other and the use of only one vehicle for excursions was no longer possible.  Through the identification of an affordable and suitable bed and breakfast, Concord Guest House, transport provided by Joy Seidle, Mary, Frik and Annie Lange, Bechet High School staff and generous assistant funding from ARROWSA management and supporters (see above) this challenge was overcome.  Feedback from the visitors was positive re the accommodation and other logistical arrangements that strove to incorporate the visitors as much as possible into Durban family and school life despite the group staying in a Guest House.

The itinerary (see attached) was also planned in discussions via email between the two groups prior to the visit but it was purposefully made flexible in order to incorporate any activities requested by the visitors when they were in Durban and learnt more about what was available.  This proved to be a positive action as the itinerary was changed slightly with some activities not taking place and others incorporated. The itinerary included: intercultural exchange, visits to heritage and cultural sites, such as The Palmiet Nature Reserve and the Bergtheil Museum, as well as participation in a Durban High School and visits to other educational institutions. 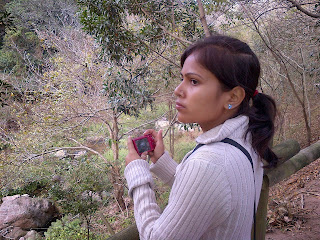 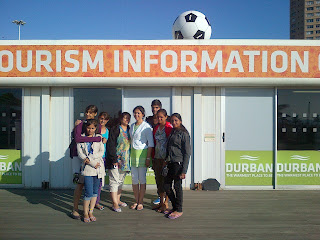 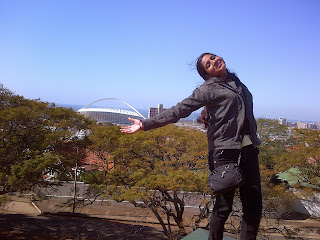 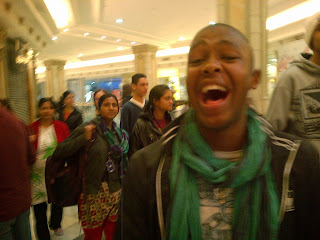 The biggest influences on changes to the itinerary were: the realisation that the group had been travelling a great deal in order to get to Durban and therefore further long distances were not suitable; the visitors had in the meantime been advised by family and friends in Lucknow re some tourist destinations that had not been included in the draft itinerary e.g. uShaka and finally that the shops and malls in Durban, e.g. the Pavilion and Westwood Mall, are very much part of the Durban culture and social activities and as such were very popular with the visitors.

The visitors’ beach visit highlighted that their accommodation was not very far from the beach and that they could walk there if in a group and aware of their surroundings. Some of the visitors had never been to the beach or swum in the sea before. A challenge was that one of the visiting students lost her purse on a walk to the beach.  This highlighted that in South Africa use of the venue safe should be made so that valuables and the bulk of cash are not taken on outings especially to less secure environments. 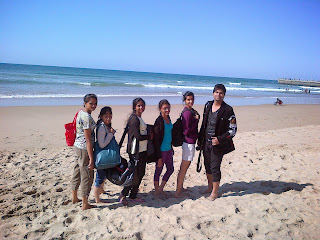 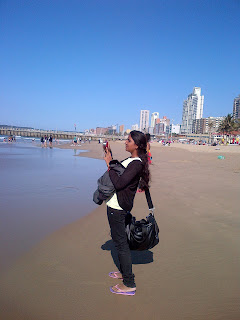 “South Africa is a wonderful place to visit. Our stay was at Durban. It was a beautiful city. We went to uShaka marine a water park, the beach and University of KwaZulu-Natal and many more wonderful and breathtaking places. I enjoyed it very much.” Pratyaksha Mehrotra 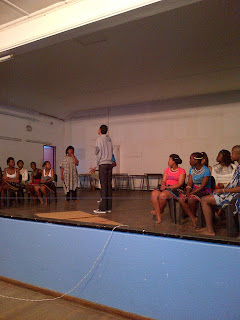 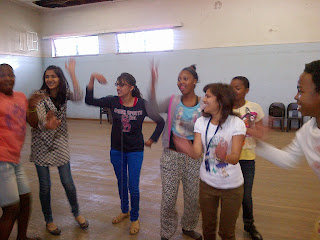 Both groups performed pieces that included not only cultural practises but also social challenges.  Time was also set aside for pairs of youth from Durban and India to sit and discuss questions that they had about each other.  They then presented their findings on each other back to the entire group.  The leaders sat apart from the youth when they were engaged in preparation for this activity and therefore had time to chat and discuss their group’s context. This proved as beneficial for the adults as it did for the youth. Both the individual and group activities mentioned earlier led to not only knowledge and understanding of differences and similarities but also to much fun and bonding through laughter.

A challenge was that ARROWSA had arranged for Bechet High to provide packed lunches for this and the following day’s sessions for only the visitors as the ARROWSA Bechet group usually bring their own packed lunches. In retrospect the groups eating together would also have been a further learning and bonding experience.

“My trip to Durban would definitely be a memorable moment in my life. The scenic beauty of the city is immensely pleasing and captivating. Our host, the team of ARROWSA gave us a warm and hospitable welcome. The cultural exchange really inspired us as we got to together and shared a lot about our country and its culture. I am greatly thankful to Mary Madam and Joy madam for us giving us such a wonderful tour of the city and also the school. I really look forward to more such trips” (Aditya Prakesh).

The tour on the Durban open air tourist, Rikshaw, bus was useful in acclimatising the visitors to the broader historical and heritage aspects of Durban as well as facilitating time for the ARROWSA Bechet youth and the visitors to get to know each other better.

“My trip to Durban left me with thousands of sweet memories. It was an opportunity to grow my personality. We were overwhelmed by the warm welcome we receive there. On reaching Durban, I was over stuck by the beauty of the South African land. Breathing the sea breeze filled my heart with excitement.” Pratyaksha Mehrotra

The India visitors’ two performances for a full Bechet High School hall of grade 8s were very much appreciated by the Bechet learners. A challenge was that teachers did not accompany the learners and discipline was left up to ARROWSA.  The challenge was however overcome by the adoption of a firm stance and the engaging nature of the visitors’ performances.

Visits to the University of KwaZulu-Natal and Sherwood Primary added an extra dimension of knowledge and understanding to the tour of not only South Africa’s cultural diversity but also the economic disparities in South Africa as reflected in educational facilities.  Sherwood Primary performed extracts from a school show for which they were rehearsing.  This was much appreciated by the visitors.

The inclusion of meals together, specifically in the evenings, resulted in the deepening of friendships started on the India leg of the exchange as well as the forging of new friendships.  Meals provided were intentionally chosen to introduce the visitors to the varied South African cultural cuisine.

“There are lots of similarities and differences between Indian and South African food. In India we use many spices but in South Africa they use selected range of spices and the big difference we found in the food were that the kind of food they eat is less spicy but delicious.” Pratyaksha Mehrotra

A challenge was that participants who had gone on the India leg e.g. Nonku Dube and Cindy Mkhize were only able to attend some of the activities due to student and work commitments and Luthando Ngema, due to living in Pretoria, was only able to spend one day with the group enroute to Durban.  Luthando did however go out of her way to make the most of the time that she had with the group and took them to the Union Buildings where they saw the statue of Nelson Rolihlahla Mandela.

Friendships and communication have continued after the exchange via personal and group social media. Individuals from both groups have expressed that the exchange has led to a greater desire to visit and learn more about each other’s countries.  Both groups’ management also emphasised that they would like to keep up the exchange in future years.