ARROWSA Bechet Co-ordinator Bhekithemba Dlamini and ARROWSA participant Nonhle Ndwalane flew off to Bethelehem on the 18th July for the week long Indra Congress.  At the congress Bheki will present at the symposium of practitioners and academics and he and Nonhle will perform at the Indra Group presentation afternoon.  They will also share South African culture at the Intercultural sharing evening.  Everyday workshops will be presented on drama, dance, music or visual arts.  The workshops will culminate in a festival at the end of the week. Their attendance is partially funded by the British Council. 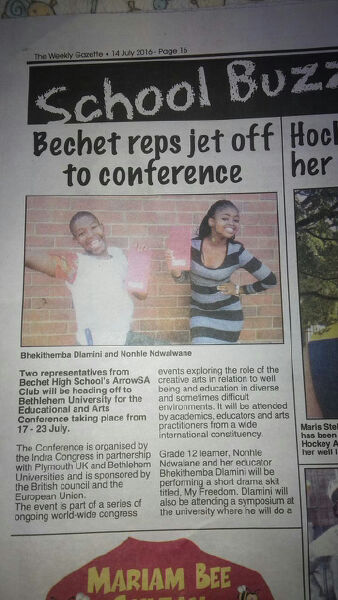 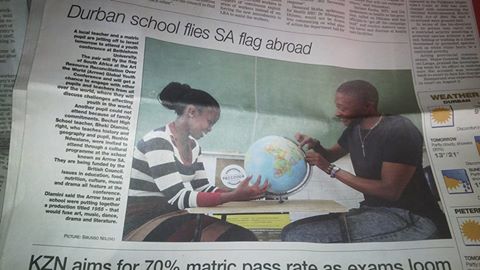 The Indra Congress Bethlehem's schedule below:

shine at  the finals of

Led by Bechet High educator Bhekithemba Dlamini the group performed their devised programme on the theme 'Freedom is not for Free' at the Westville Civic Centre in June 2016.  The participants said it was an unforgettable exciting experience to be able to perform on such a big stage in front of a large audience. 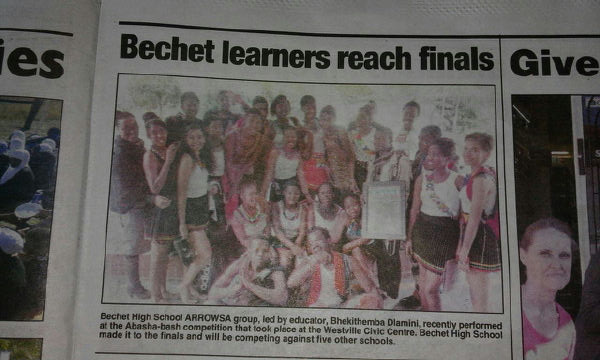 In the July school holidays the Bechet Abasha Bash learners visited Ethekwini Local History Museums: Cato Manor; Old House and Bergtheil.  At the museums they had their 'passbooks' stamped as part of their participation in the Ethekwini Abasha Bash Passbook Competition.  They wait with great anticipation to hear the results of the competition at the Prize Giving in September 2016. 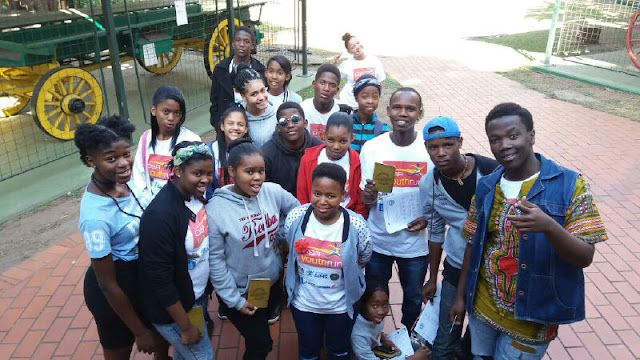