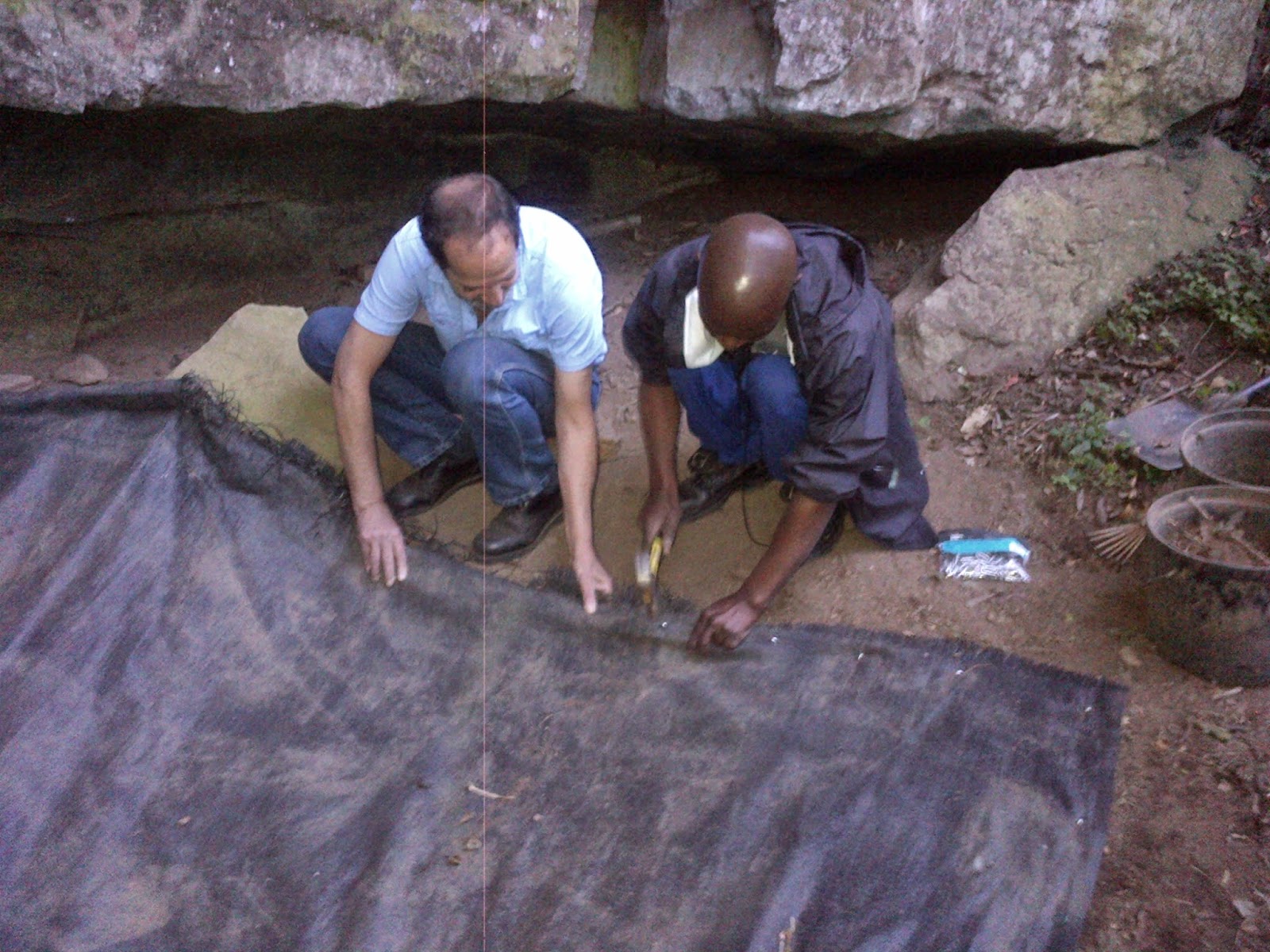 ARROWSA, Palmiet Nature Reserve Committee and eThekwini Palmiet Nature Reserve rangers once more enjoyed a morning working together on the maintenance of the educational archaeological dig at the iGwalagwala cliff. The dig was declared a disturbed site by Amafa a number of years ago but due to the archaeological permit originally being for educational purposes the site is allowed to be maintained for educational viewing by schools and the public.

On Sunday 4th May 2014 ARROWSA chair and arts and culture facilitator, Mary, will once more lead the community archaeological trail at the PNR to the iGwalagwala cliff excavation site. The event is supported by The Local History Museums, Bergtheil Museum Westville who will display  some of the new ARROWSA researched museum banner exhibits on the PNR. 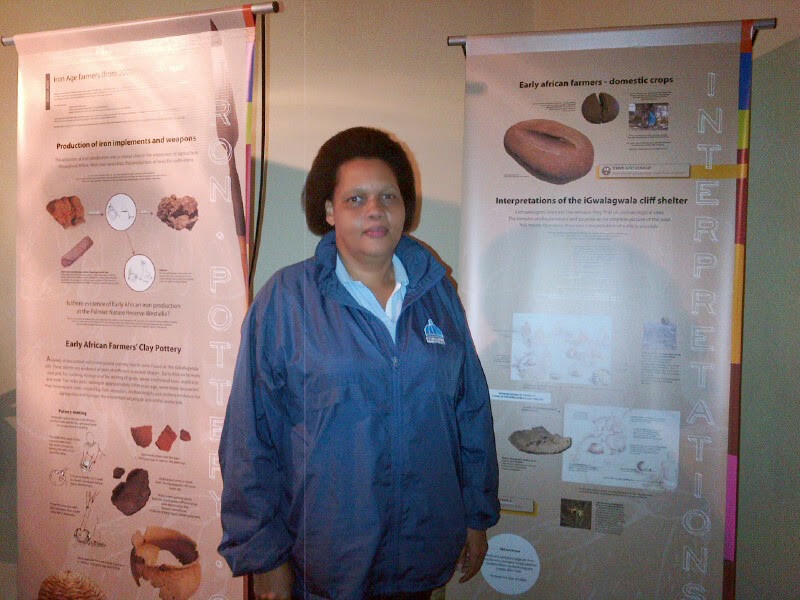 Bergtheil Museum museum officer, Valentia, with the portable museum display on the Palmiet Nature Reserve and Westville surrounds archaeology as researched by ARROWSA.

This year we will be privileged to include in the trail not just ARROWSA Bechet youth once more, but also a group of Indra youth from Lucknow India.  They will be visiting Durban as part of an intercultural exchange with ARROWSA as part of the extended Indra and ARROWSA global congress iniative, partially funded by the National Arts Council, which took place in Derry in 2013. 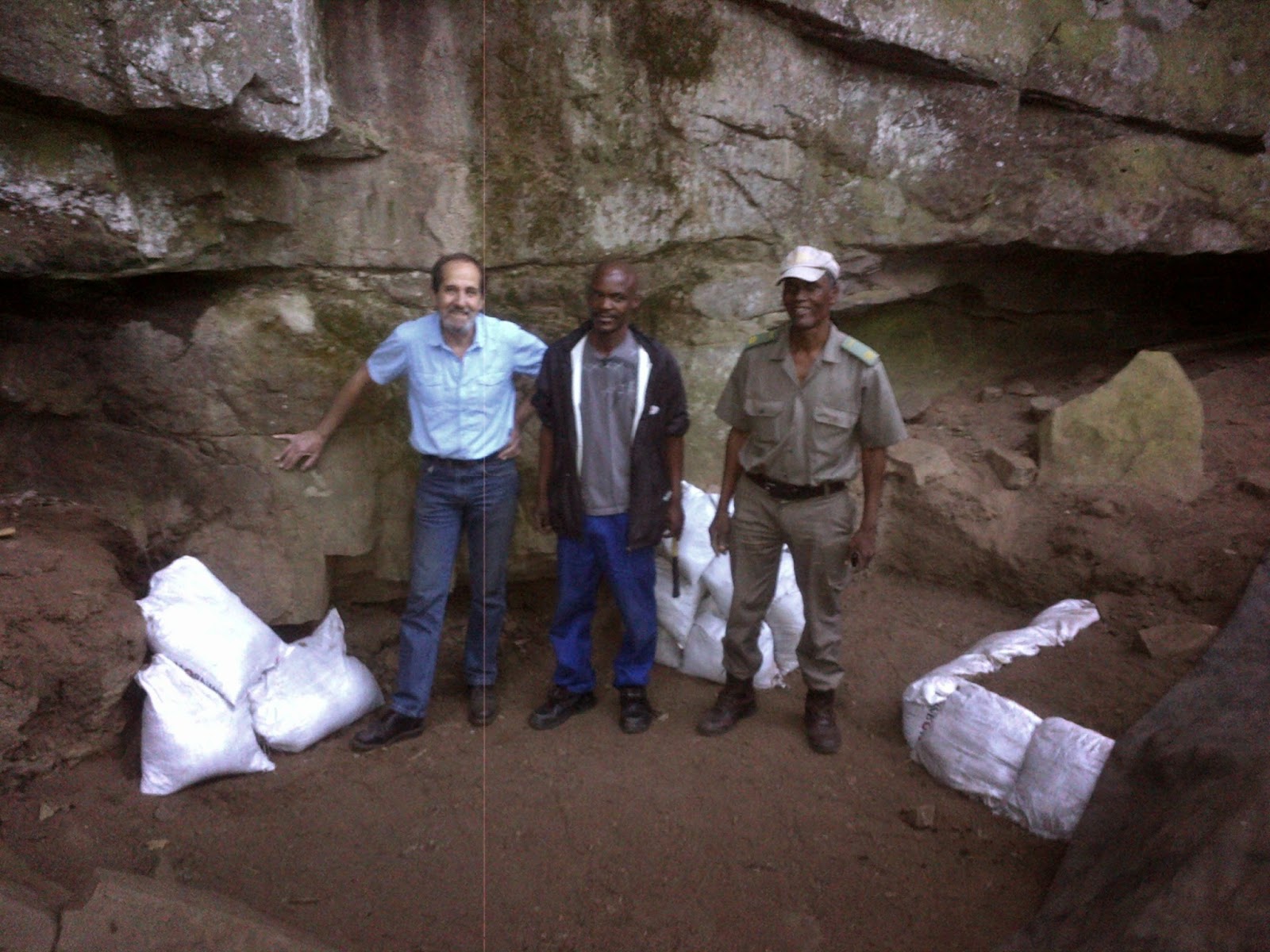 Warren (PNR Committee), Frank (eThekwini) and Jeremiah (PNR ranger) at the iGwalagwala PNR educational archaeological site. Frozen chicken bags were filled from the pile of soil previously removed from the dig and placed to prevent further crumbling of the various cultural level sides. 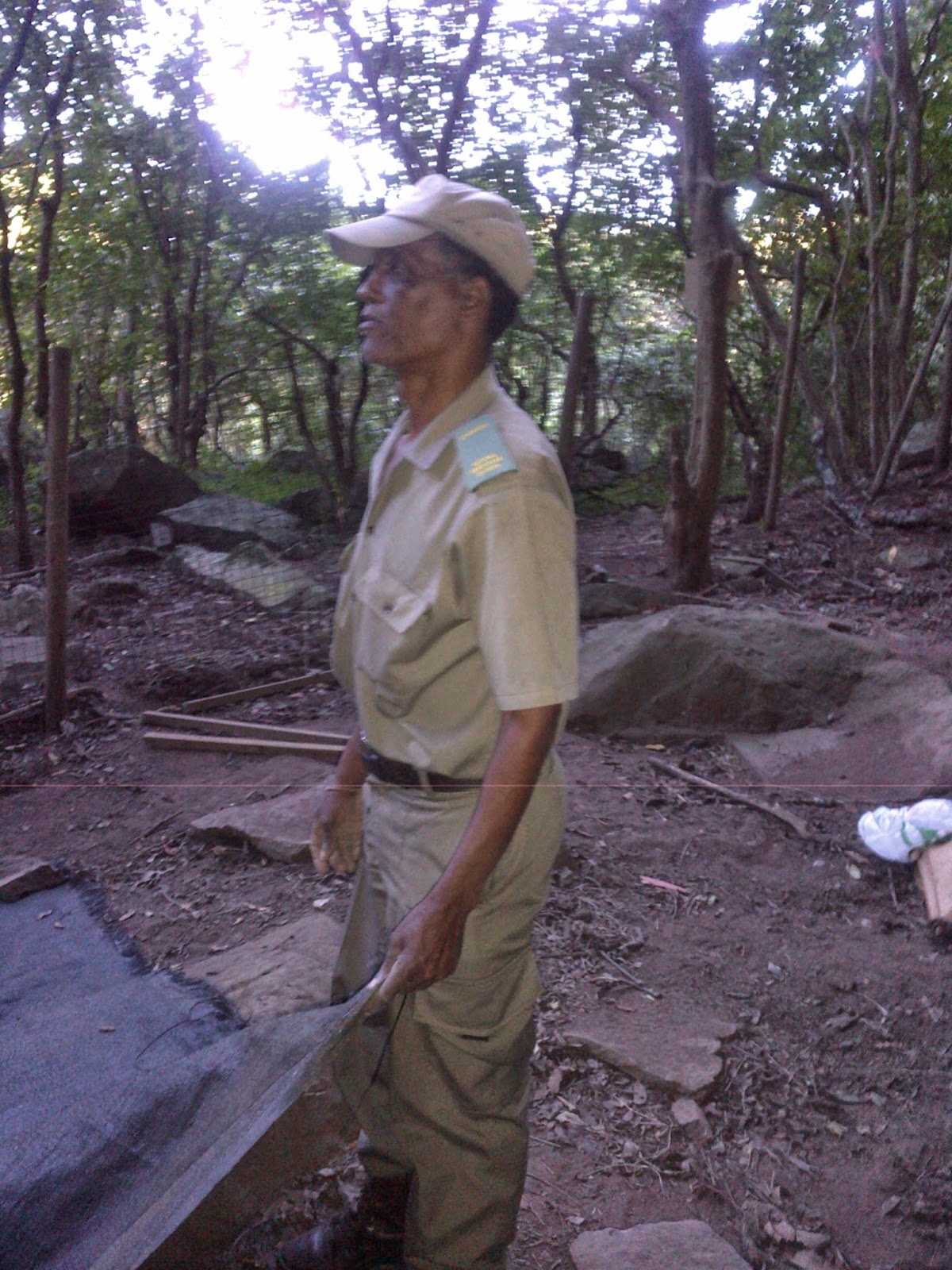 Jeremiah (eThekwini) has helped maintain the dig since it was first excavated by Amafa archaeologist Themba Zwane assisted by Mary Lange, community  and local and international student volunteers. 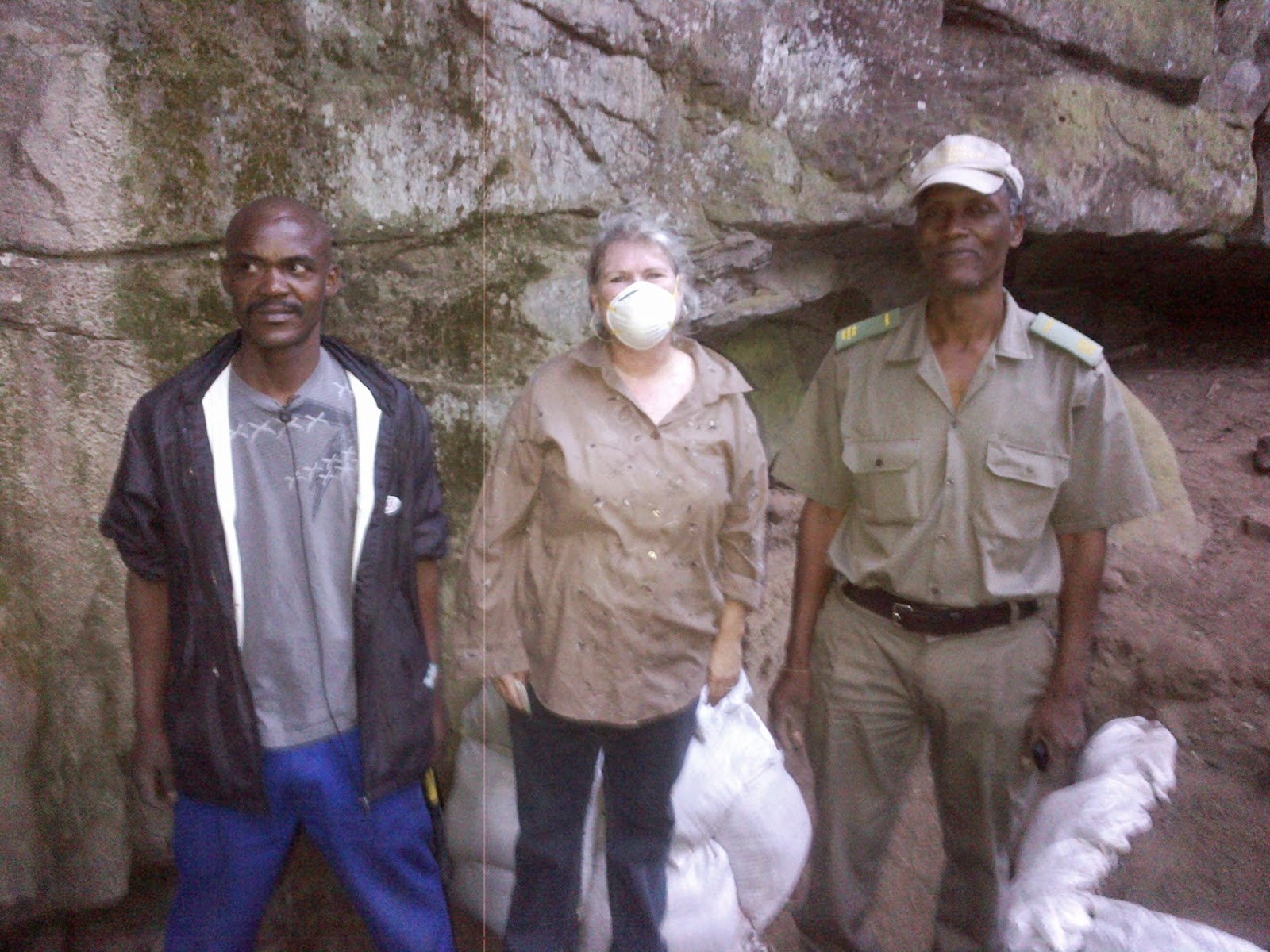 Mary (ARROWSA) donned a 'duck' surgery mask to try and ward off the dust whilst assisting with the filling of the bags, much to the amusement of  Frank and Jeremiah (eThekwini).

A new gate is needed at the site as well as revised information and interpretative boards. ARROWSA will continue to assist with this where possible. The PNR committee, in association with communal organisations, continues with plans to erect a bridge so that more schools can enjoy the educational aspect of the project.  This will assist in the sustainability of the school project which was boosted by funding from the Transvaal Branch of the South African Archaeological Society in 2013.
For any further information re the PNR community walk on the 4th May 2014 email arrowsa.artpeace@gmail.com

ARROWSA management and CCMS, UKZN students attended the above seminar on Wednesday, 16 April 2014 at the KwaMuhle Museum. 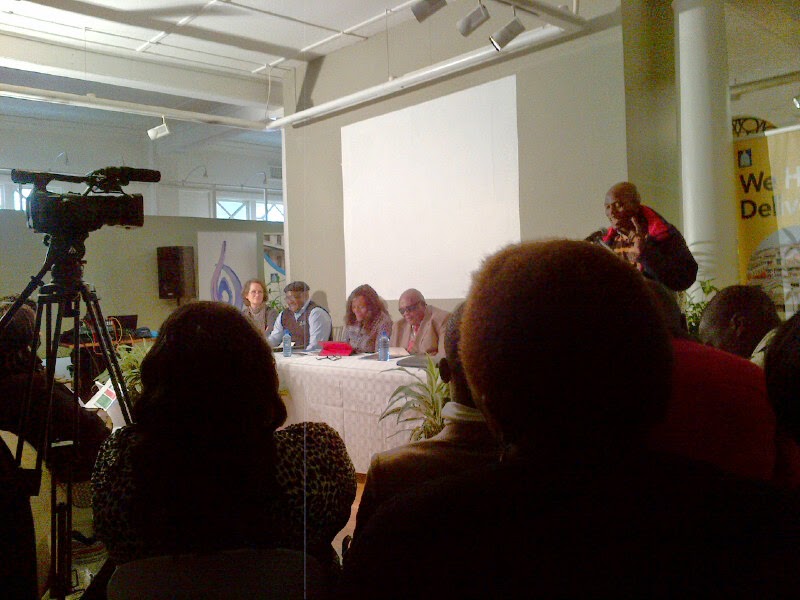 The seminar was run efficiently and opinions of the seminar expressed afterwards by attendees included that it had covered difficult concepts but that such debate and reflection is necessary to assess if progress has been made. It was refreshing that the papers presented were not used for leading party election campaigning by merely smoothing over difficulties and shortcomings but rather provoked and requested critical thinking on present challenges whilst also reflecting on what progress had been made to achieve greater inclusivity by museums. There was a strong call for a participatory, inclusive approach that reflected multi voices.  An emphasis was also made on a move to a community bottom-up embracement and initiation of museums whereby the municipality, province or state were no longer just looked up to dictate and provide regarding museums content and role in society.

The question and comment time included the voices of audience members across the various sectors.  The structure of taking four questions at one time before they were answered did however result in some feeling that their questions had not being answered fully.  Nevertheless questions and comments from the floor were thought provoking e.g. Have, and if so how have, intangible heritage and indigenous knowledge been included in post apartheid museums? With whom should museums be working besides communities?  Should separate museums exist for different cultural perspectives of the same event of should they be integrated? Museums need to be more experiential.

It was gratifying to note that Bergtheil Museum and Palmiet Nature Reserve with ARROWSA are working very much within the recommended participatory and inclusive approach whilst providing experiential programmes. This is supported by the recently completed portable Palmiet Nature Reserve archaeological display researched by ARROWSA as well as the incorporation of our hands-on programmes at the Bergtheil Museum and Palmiet Nature Reserve in the Passbook Competition.  There is still however much room for discussion and debate as to how greater inclusivity of all educational sectors, tourism, cultures and economic groups can be achieved. 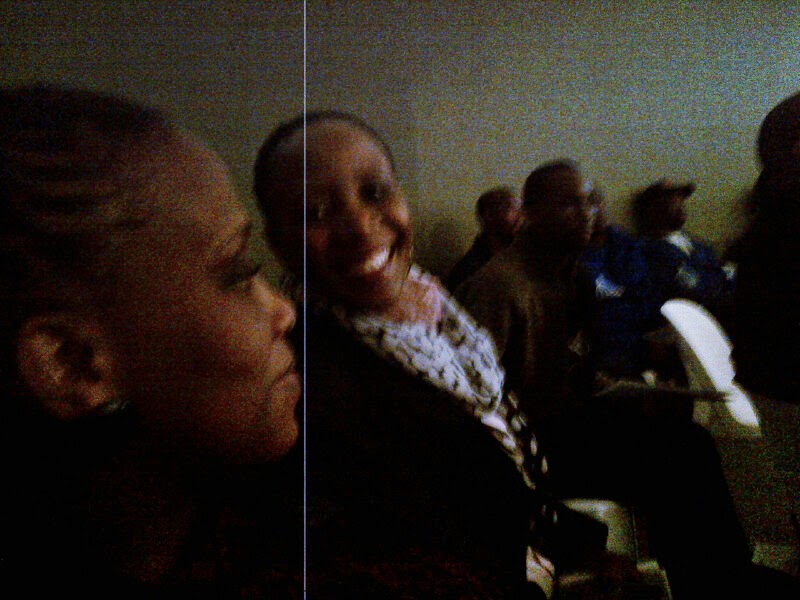 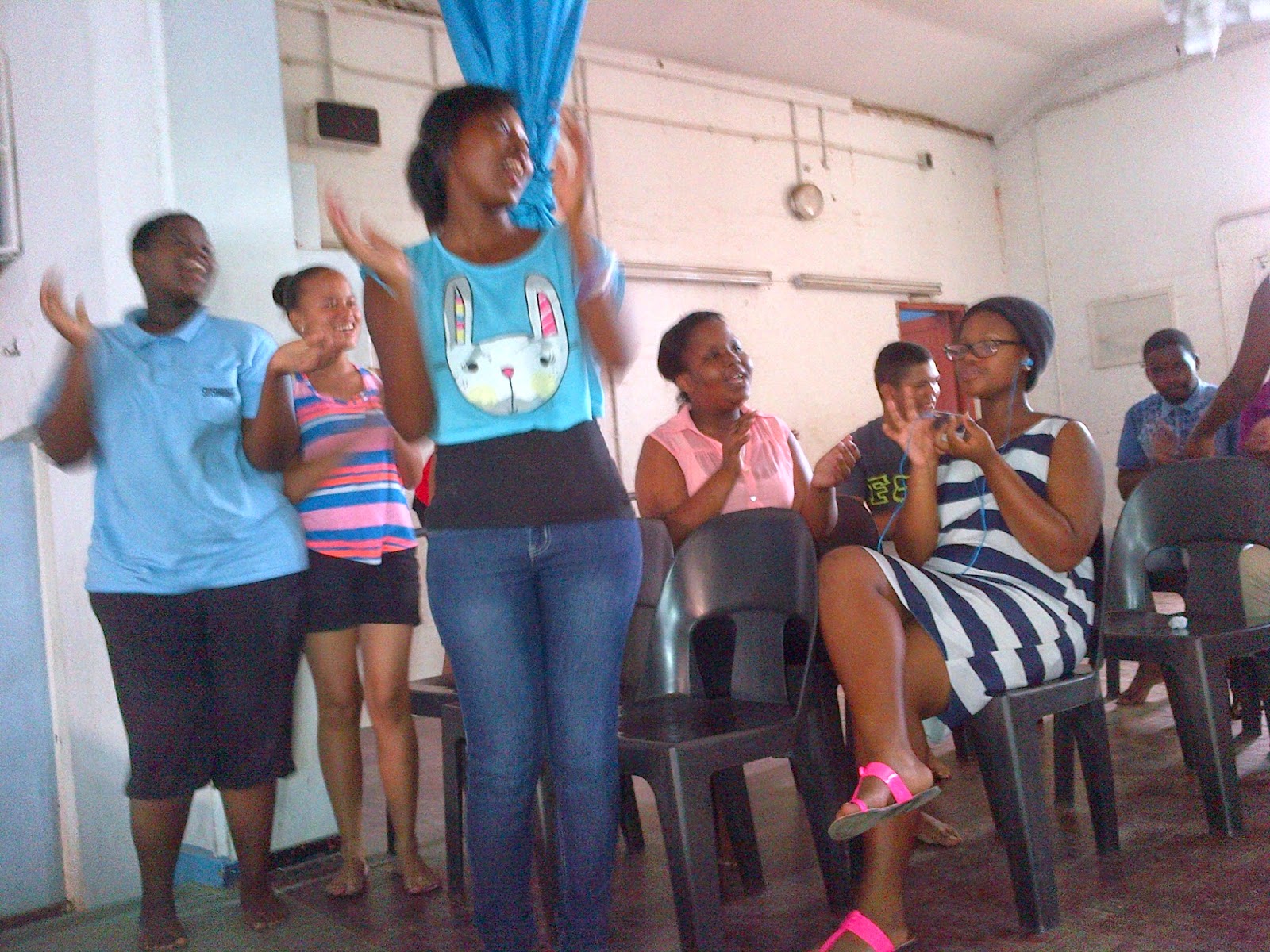 The rehearsals were led by Bhekithemba Dlamini and the script was devised by Bheki, Darnell Fortune and the ARROWSA Bechet group. 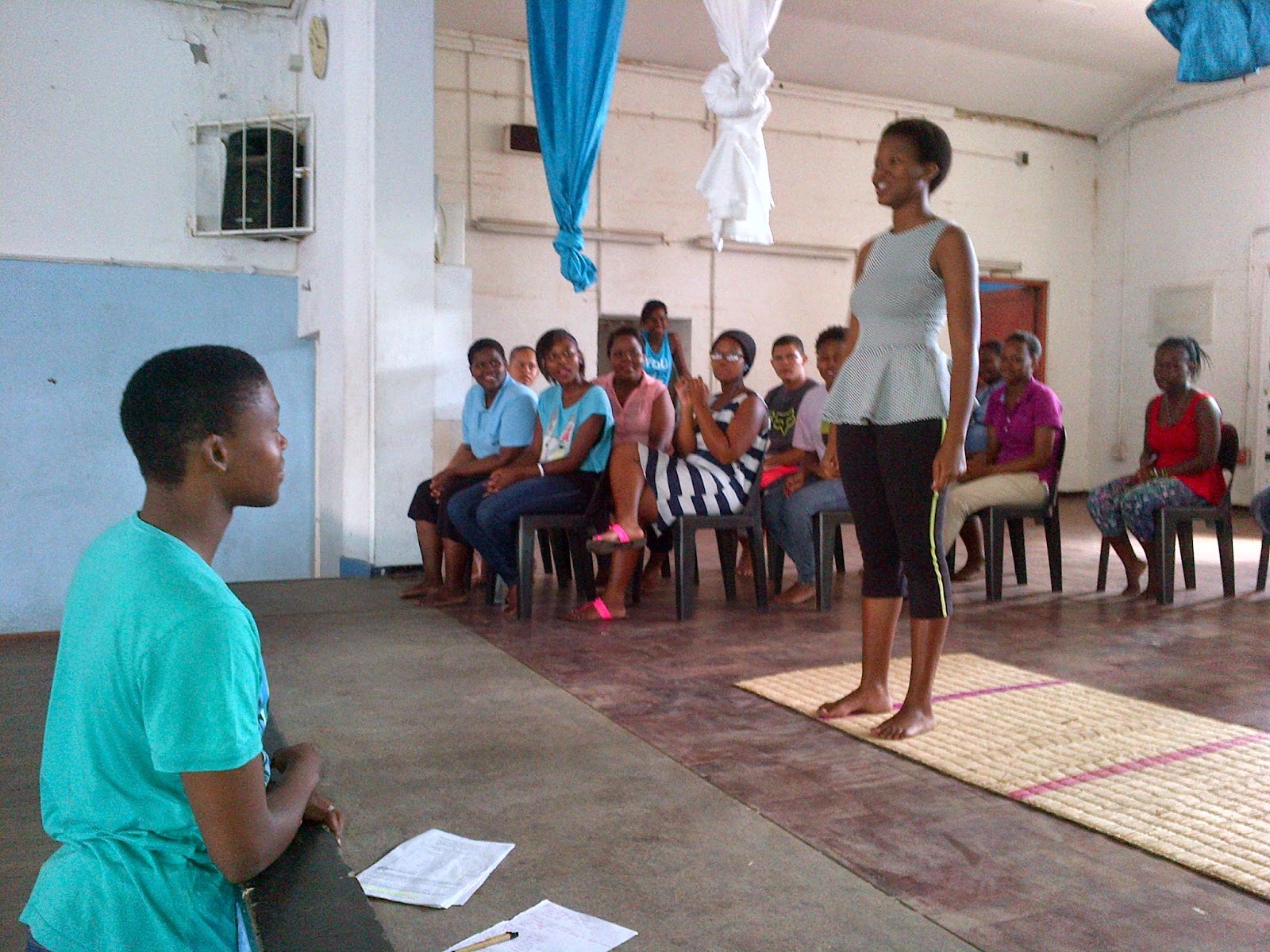 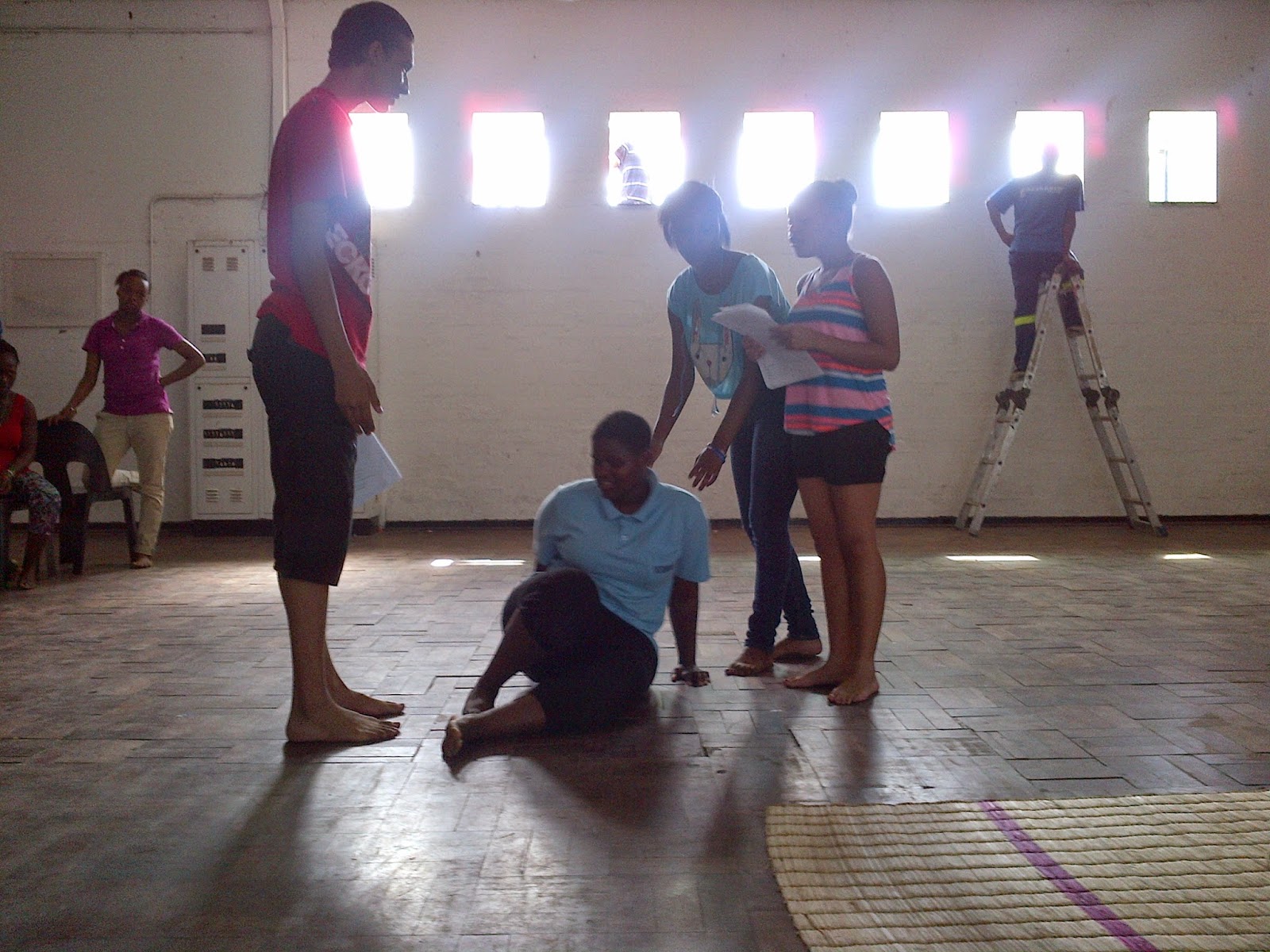 A 'Who am I?' workshop was also facilitated by Mary Lange which made use of hand mapping for the participants to identify their need to serve others and what personal strengths and family, community and/or spiritual support they have to do this. 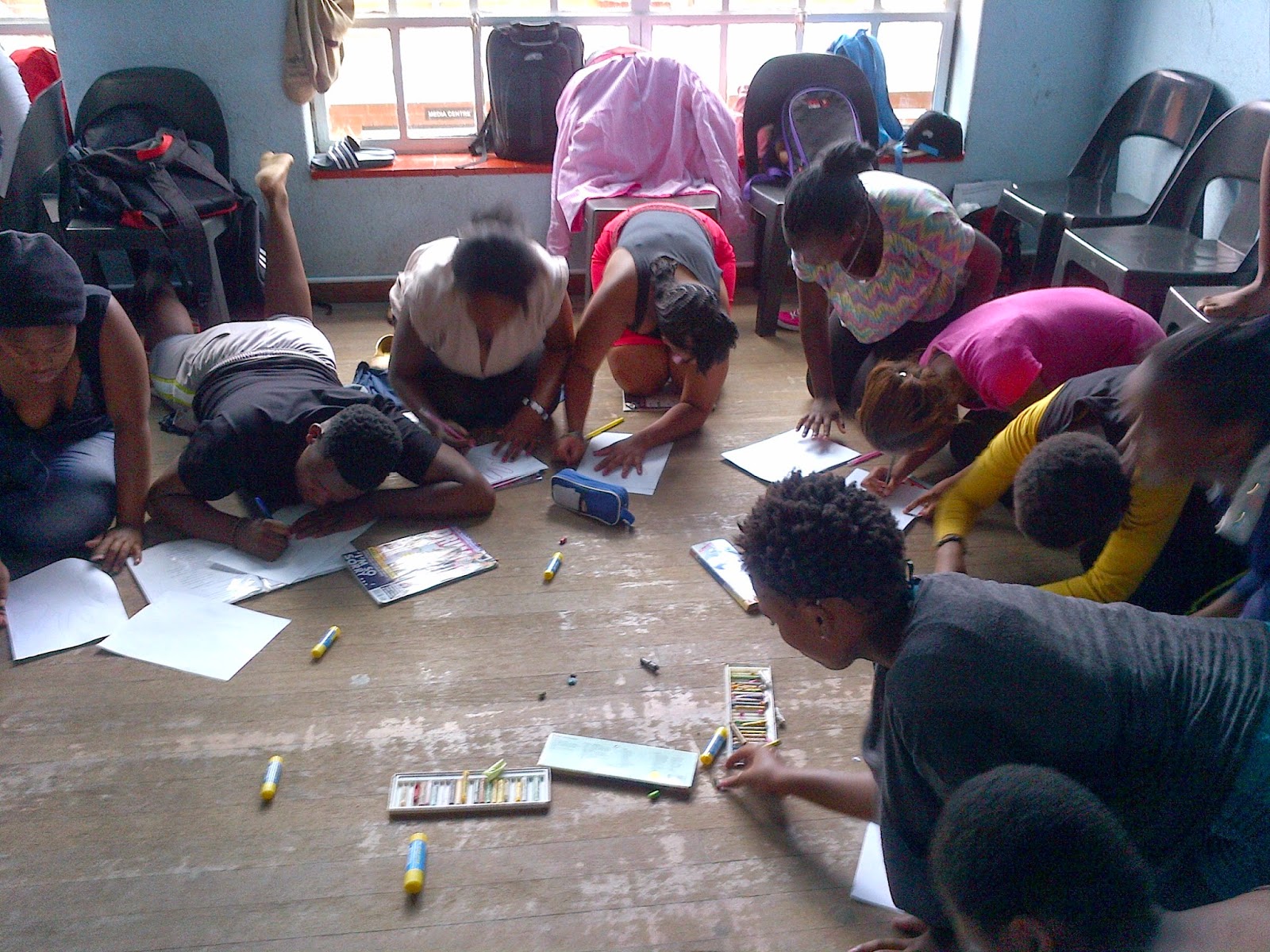 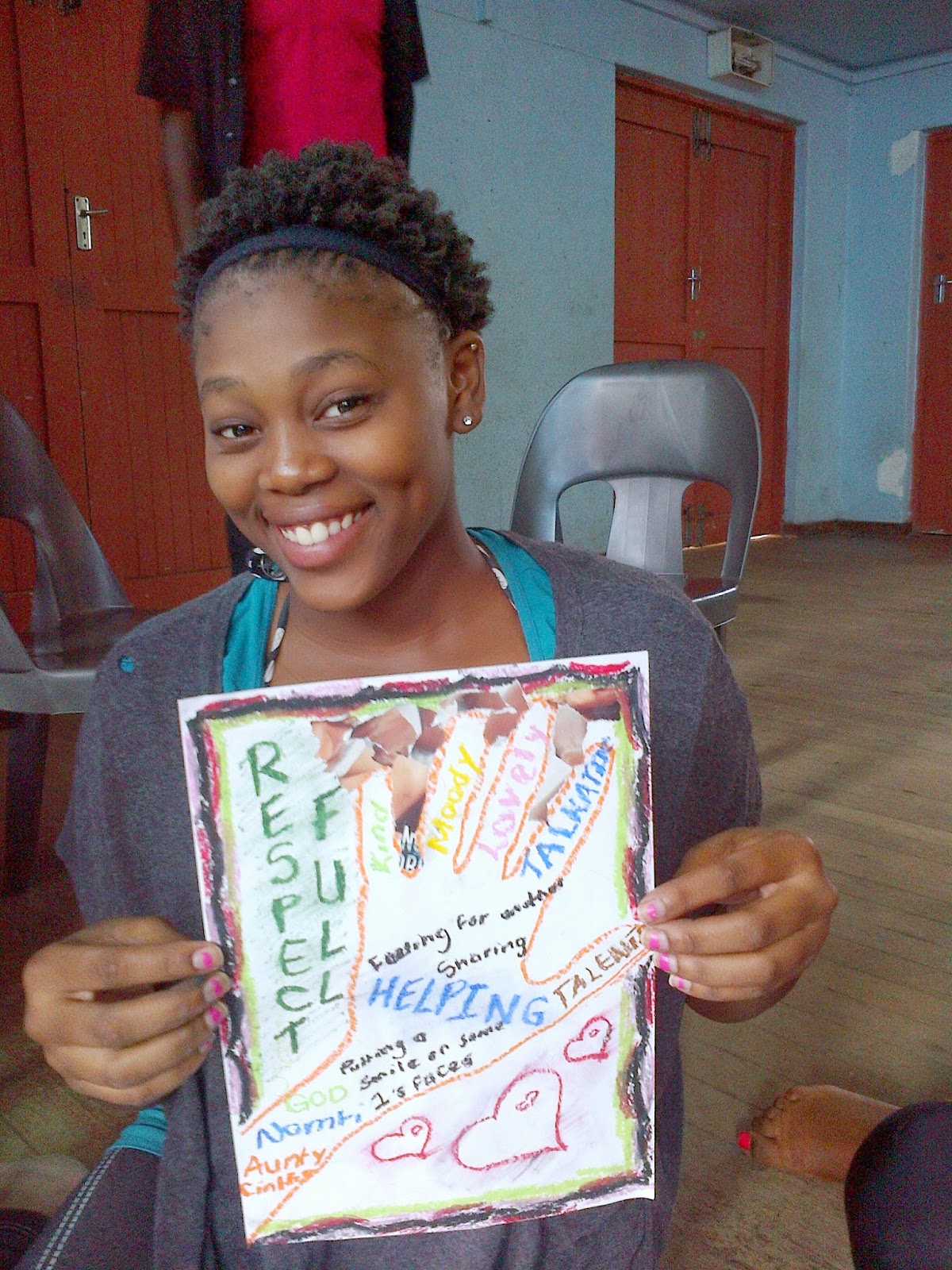 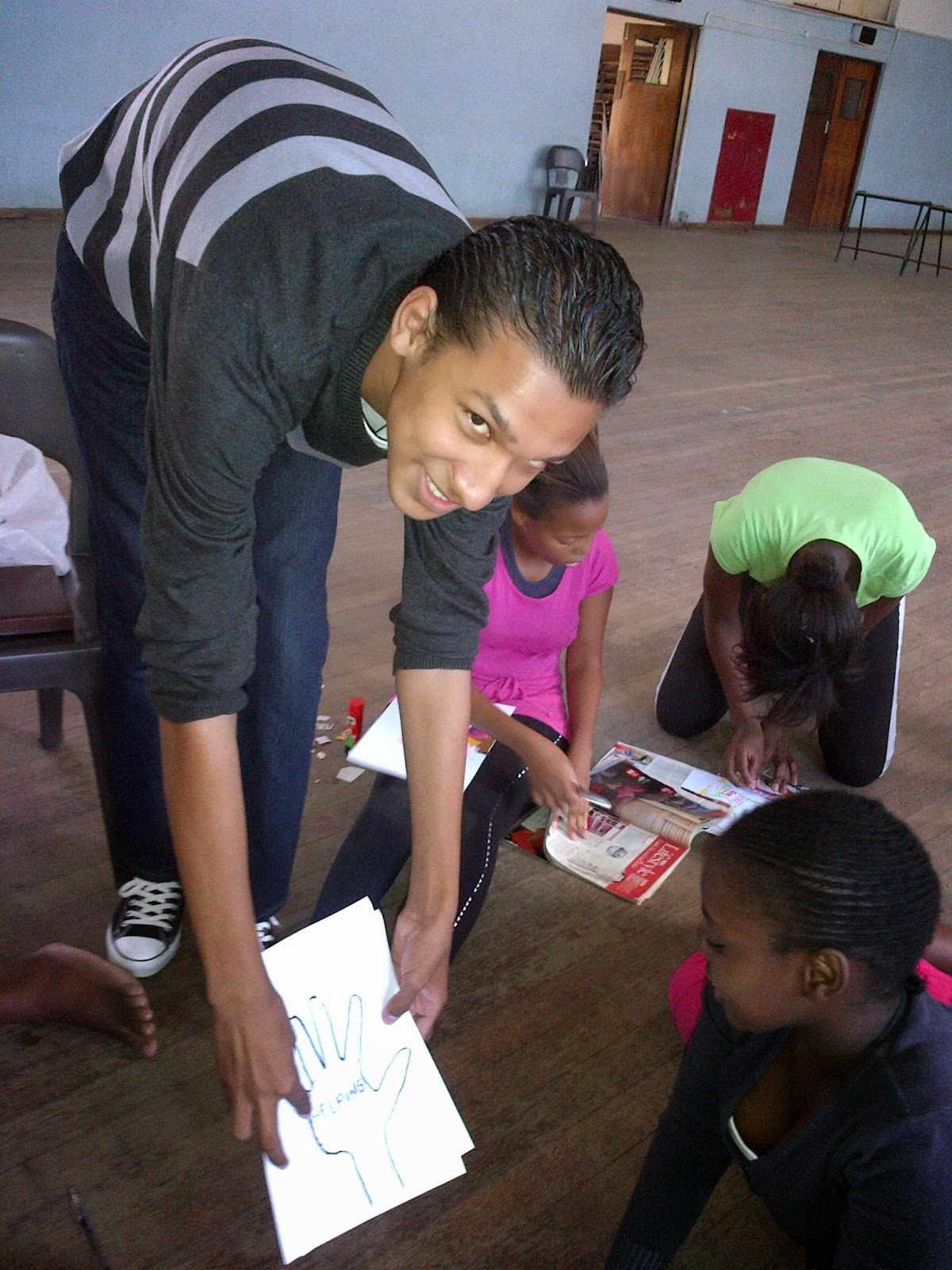 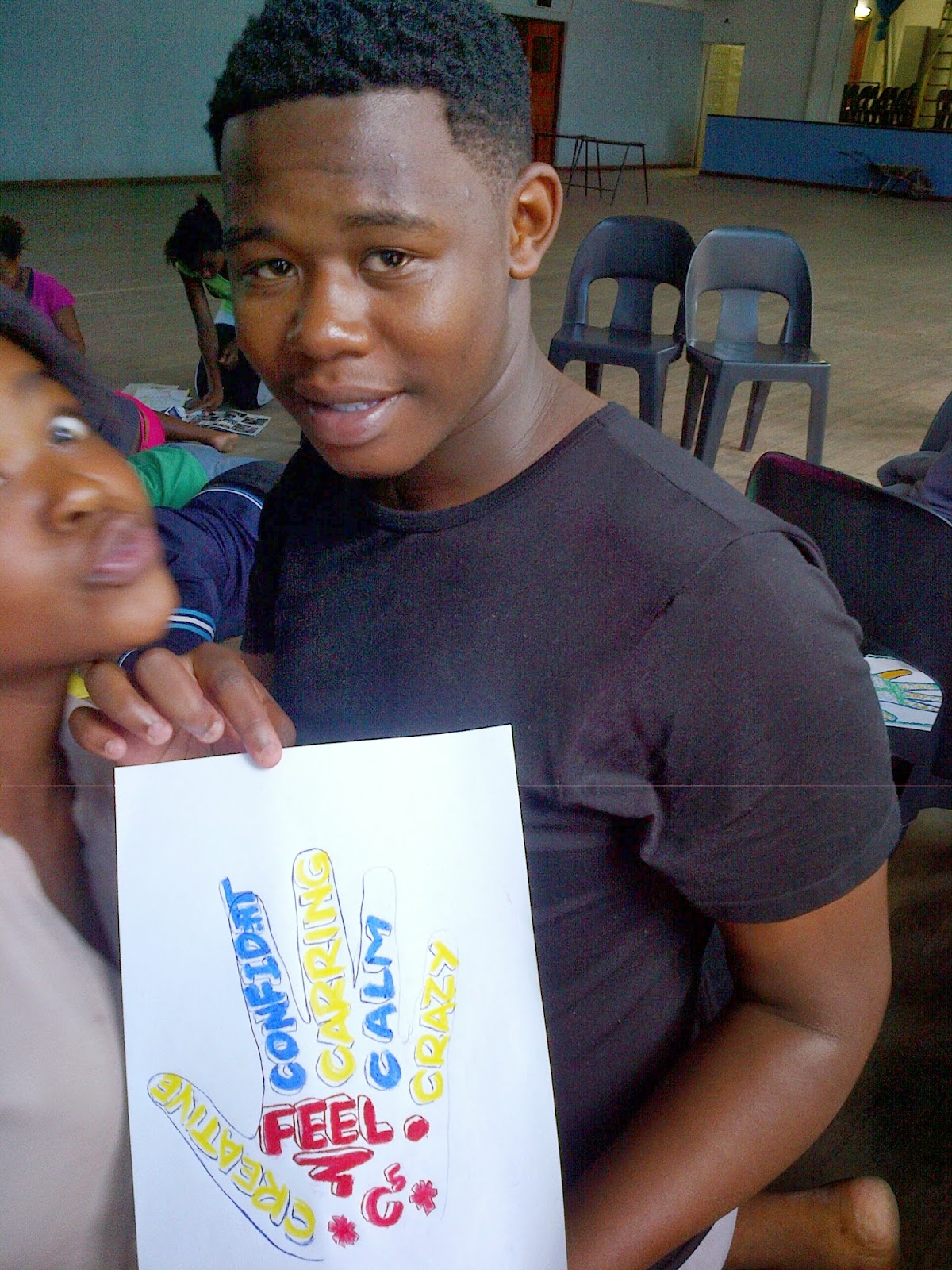 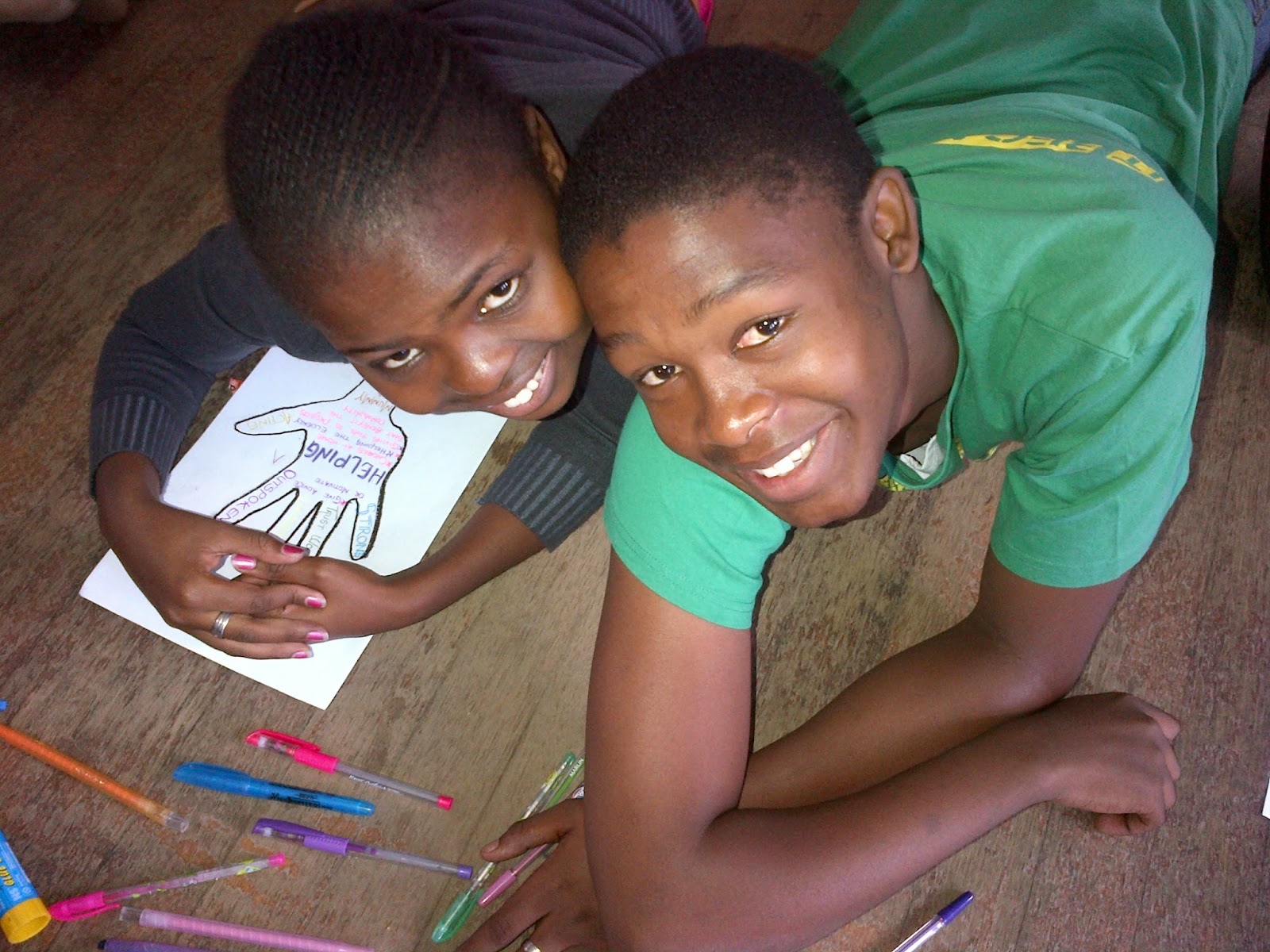 ARROWSA, CCMS, UKZN presents at the

SPIRITUALITY IN THE 21ST CENTURY 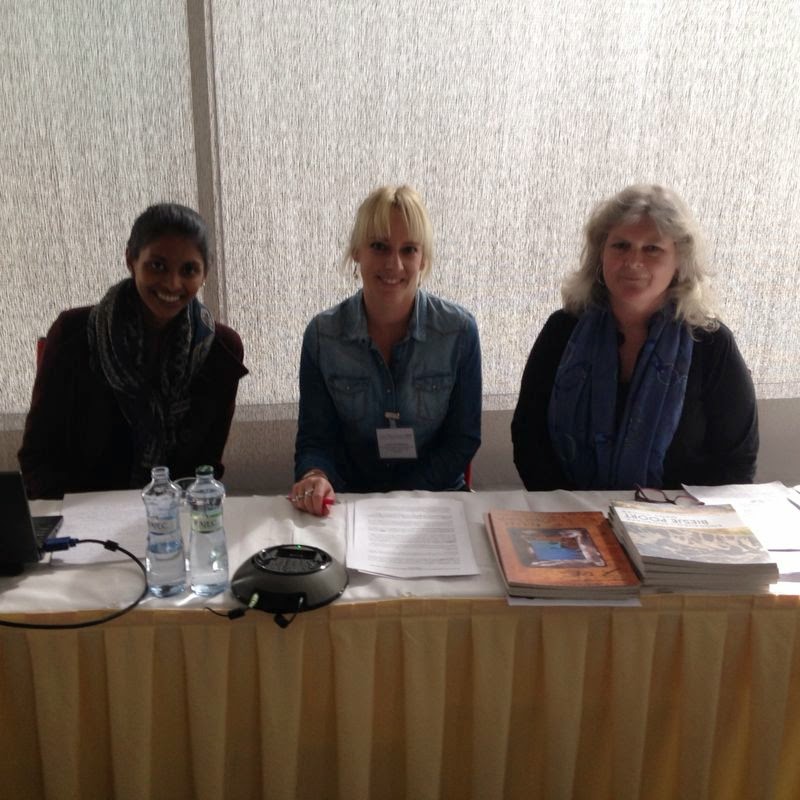 
Proud to be South African! Dr Lauren Dyll-Myklebust, ARROWSA and CCMS, UKZN and Mary Lange, ARROWSA and Shanade Barnabas, CCMS, UKZN presented papers as a joint panel at the 'Spirituality in the 21st Century' conference in the magical city of Prague.  The conference emphasised the importance of acknowledging, understanding and incorporating people's various spiritual and religious beliefs in both research and practise. 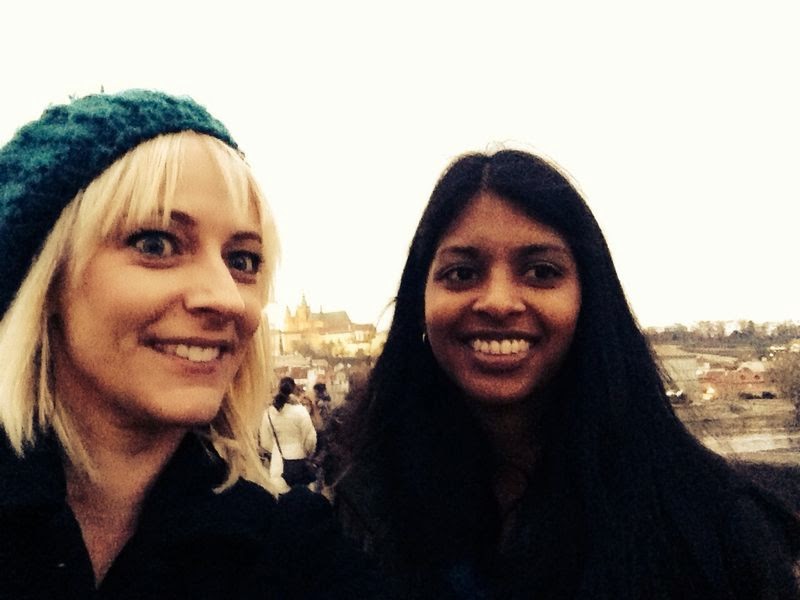 Photo: Dyll-Myklebust
Lauren and Shanade presented enthusiastically and confidently at the conference. 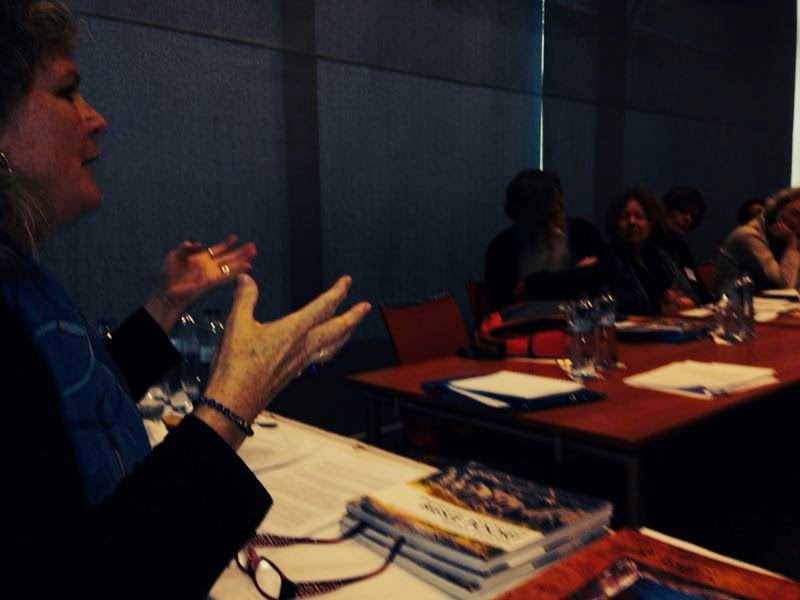 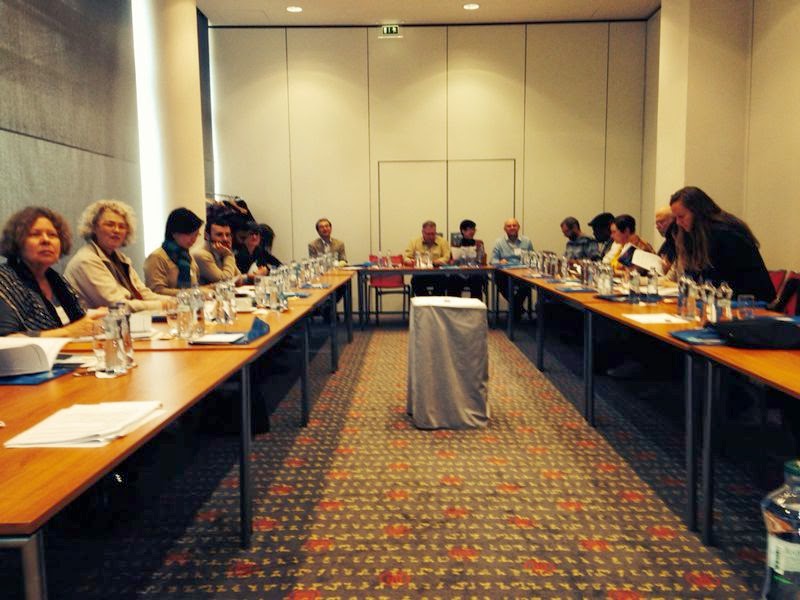 Their papers were well received and Lauren also very competently chaired one of the sessions. 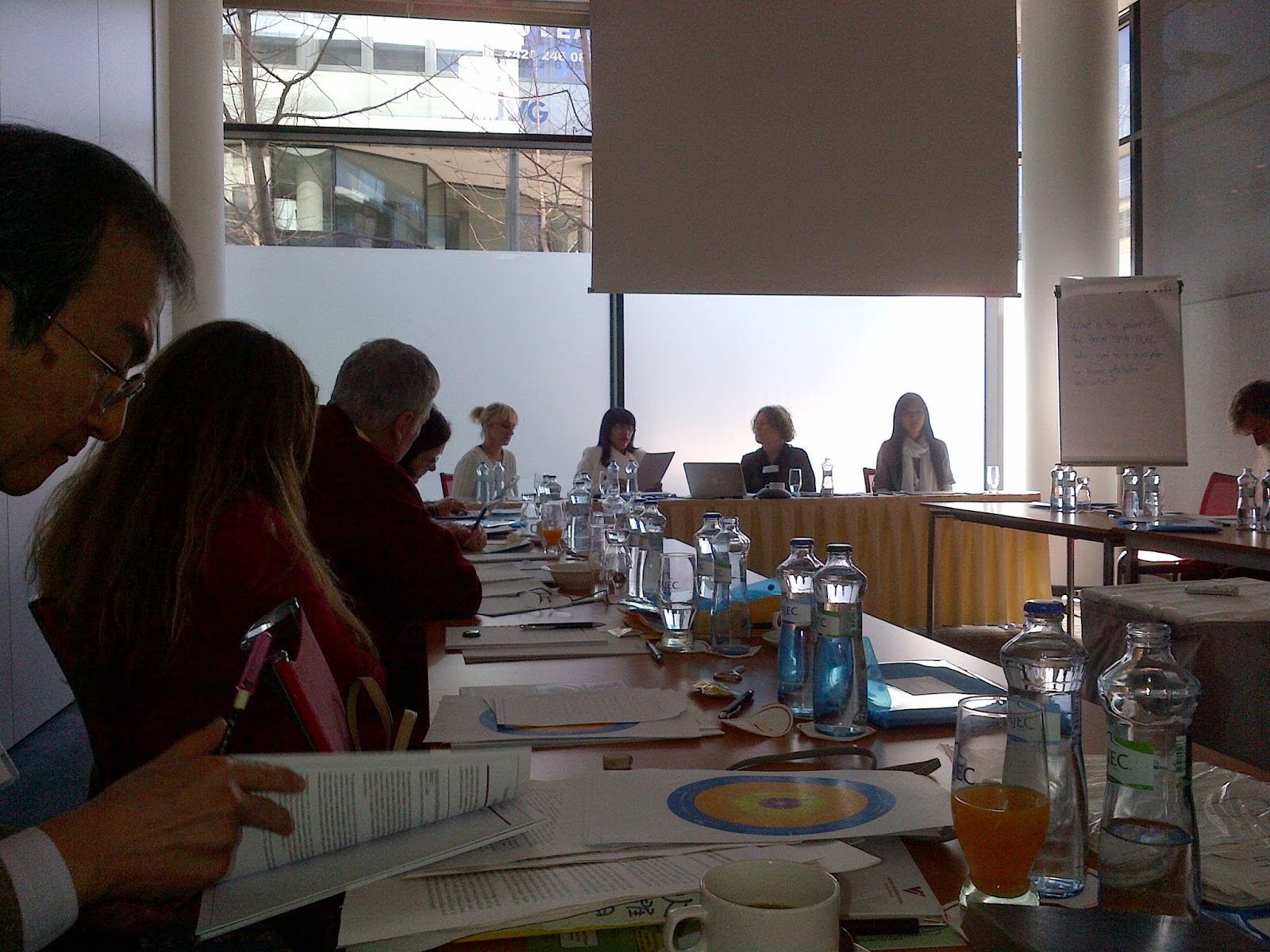 
South Africa was well represented at the conference and the academic and presentation standards of the South African delegates was high. We realised that South Africa is at the forefront of the inclusion of Spirituality and Religion awareness and training in our tertiary institutions.

The educational aspect of the conference extended beyond sitting listening to papers as the city's fairytale landscape, complex history and inspiring cultural heritage was explored. 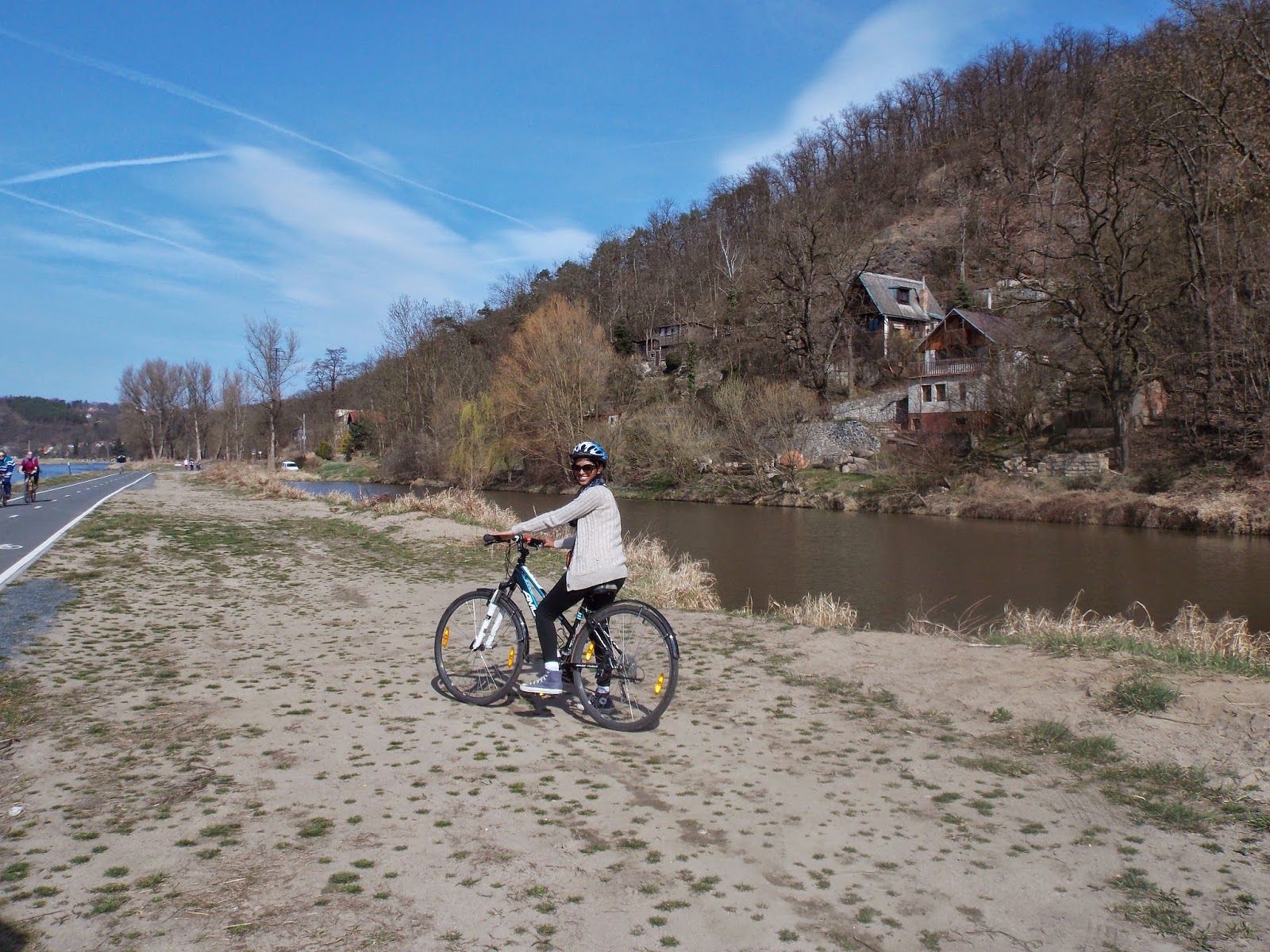 Photo: Barnabas
Shanade joined a group of conference delegates on a cycle tour of the outskirts of Prague. 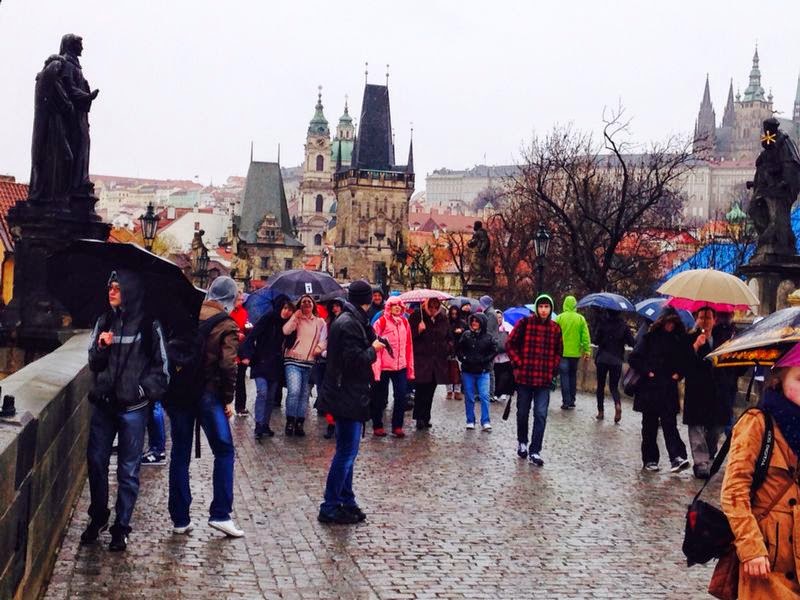 Photo: Dyll-Myklebust
Charles Bridge is not only an historic landmark and a link to the old city over the Vltava River but it always is vibrant with a hub bub of tourists and local people enjoying the view, busking, prone begging, selling locally made goods and rubbing the brass statues whilst praying or wishing. 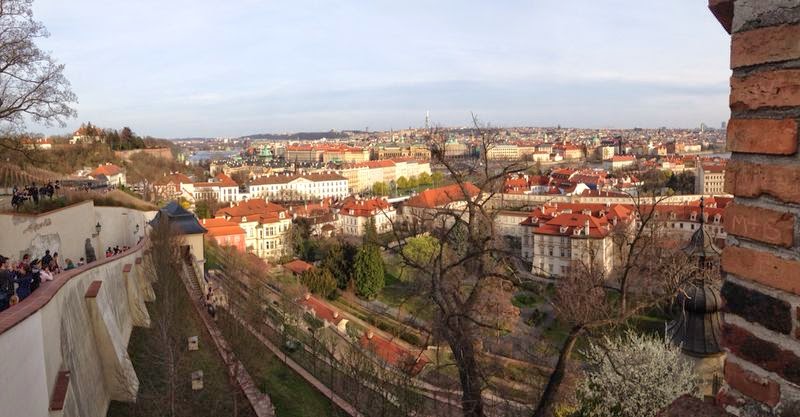 Photo: Dyll-Myklebust
Prague Castle is a landmark of the many changes of rule that to which Prague has been subject.  From its medieval walls is a breathtaking view of the city and the Vltava River. 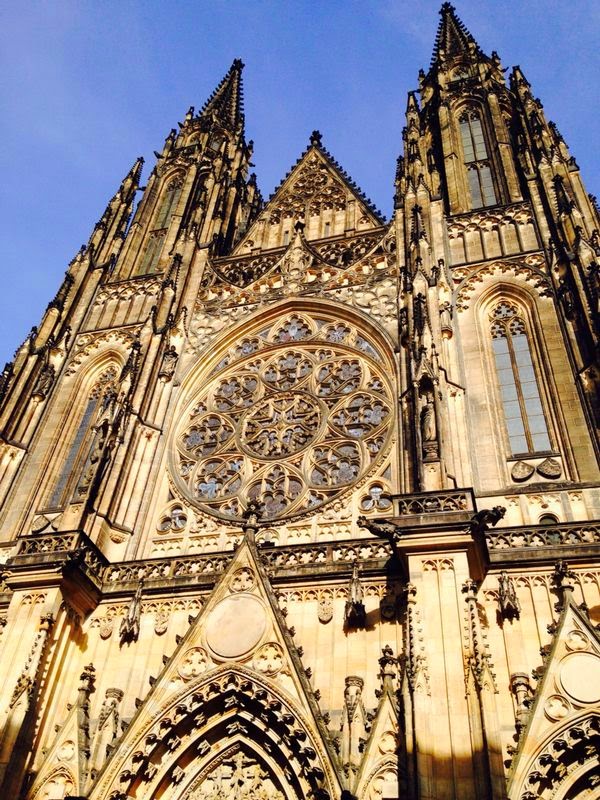 Photo: Dyll-Myklebust
The Gothic Cathedral at Prague Castle is awe inspiring both outside and inside. 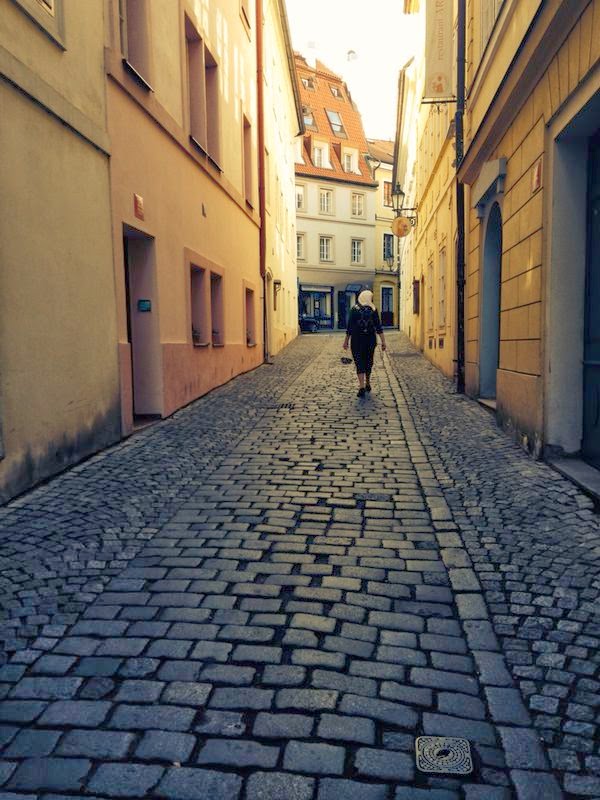 Photo: Dyll-Myklebust
The serene cobbled alleys of Prague reflect now a serenity which belies the city's turbulent past.

The conference was memorable as the papers were both academically and personally informative and inspiring!