Mary Lange, ARROWSA Chair and facilitator, once more led a community walk in the Palmiet Nature Reserve to the iGwalagwala Cliff archaeological dig in March 2016.  Mary started the morning with a brief introduction to the physical evidence found in the area before the group went on a walk to the site.  Due to a massive storm in Durban prior to the walk the dig had a large amount of soil washed into it despite the tarpaulin cover. After the walk interest was shown by other tourist sites for Mary to take their guides on the walk as part of their training in the use of experiential and interactive tour guiding. 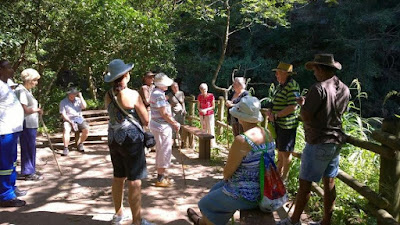 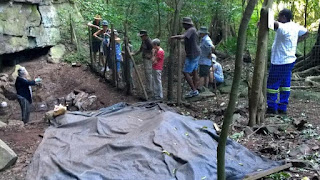 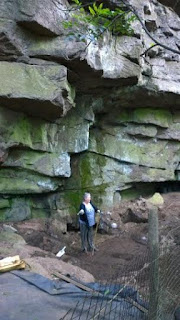 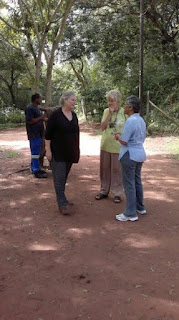 Yellowwood Primary School grade 5’s visited the Palmiet Nature Reserve and the Bergtheil Museum in March 2016. Over 130 learners and the teachers attended and their visit was part of the Local History Museum's Passbook Competition. 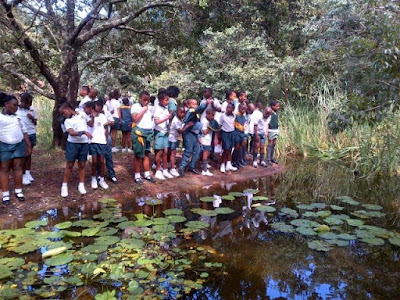 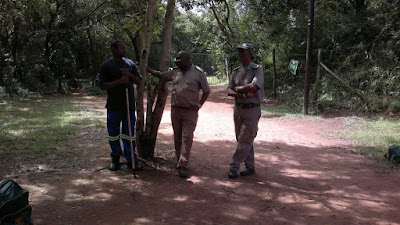 Big thanks to the Palmiet Nature Reserve field rangers Jeremiah Sihlangu, Philip Mnembe and Sandile Duma for their great help. 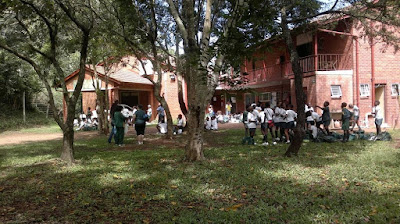 Resmount Primary School's Grade 6 (88 learners)  and Grade 5 (92 learners) classes attended the Palmiet Nature Reserve on the 13th and 14th April 2016 respectively. Their experiential environmental awareness  and cultural usage of the natural heritage by inhabitants of the PNR's past  was facilitated by Mary (ARROWSA) , Jean (PNR Committee), Johannes, Phillip and Sandile (PNR field rangers). Nick Evans also presented on both days an experiential interactive educational talk on snakes and  myths and reality related to them . 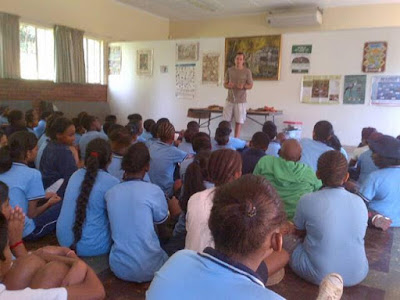 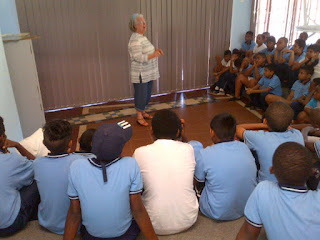 She also told them a story of the Koningkramer boy who had an encounter with a Rock Python in the Palmiet area. She emphasised that these reptiles are now protected in the Palmiet Nature Reserve.