The National Arts Council funding of air tickets for the ARROWSA Indaba Congress Plymouth 2015 facilitated the training and sharing of knowledge and skills specifically regarding Applied/Community Theatre for ARROWSA facilitators, co-ordinators, facilitators and participants as well as UKZN drama staff and students who physically went to the United Kingdom and those who remained in Durban.

The following section will focus chronologically on the three segments of the project.
1    2.1  July 2015 (written by Mary Lange)

Mary Lange, ARROWSA chair and facilitator, and convenor of this project flew to the United Kingdom, for the Indra Congress Plymouth.  She subsequently went via London to Northern and the Republic of Ireland where she held post congress discussion with Cyprus Indra, Northern Ireland Indra and various other representatives of UK Community Theatre on possible collaboration in the future.

The five day event took place in the City of Plymouth in the United Kingdom at the University of Plymouth and supported by Plymouth City Council.  It began on Sunday 5th July 2015 and finishing on Saturday 12th July and provided an opportunity for groups of young people and Facilitators from existing and potential Indra centres/hubs to come together and share their practice, ideas and experience. Countries represented whether by youth or facilitators and/or digitally included: South Africa; Nigeria; Sierra Leone; India; Brazil; Palestine; Cyprus; Greece; Canada; United Kingdom – Derry, Northern Ireland, Durham, Burnley, Bolton and Plymouth. 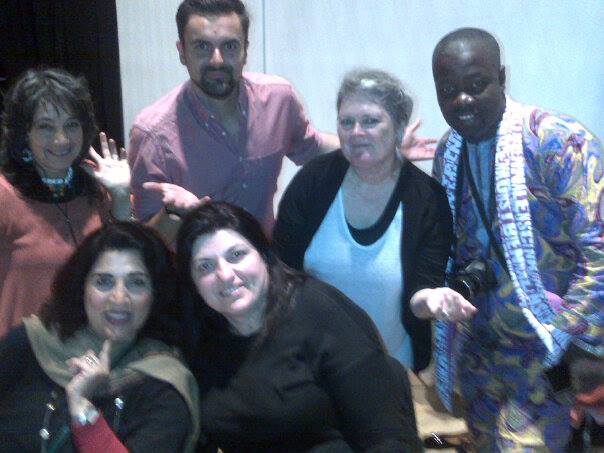 There were a wide range of workshop activities, training opportunities, sharing of performances, speakers, discussion groups and social activities, culminating in a shared celebration/performance event at the end of the week. They worked with digital technology experts who linked up the participants in Plymouth with partners and /or their youth who were not able to attend in July for various reasons e.g. South African youth due to a delay in visas; Nigerian youth due to refusals of visas; Sierra Leone due to isolation because of disease and lack of funds; Palestine due to war and a refusal of visas; Brazil due to lack of funds; Greece due to the economic crisis and therefore funding.

Mary Lange of ARROWSA due to already having a visa for her PhD research, CCMS, University of KwaZulu-Natal, on the use of storytelling in Northern Ireland attended the July 2015 Plymouth Indra youth congress.  The objectives were for her not only to facilitate the digital connection to the youth in South Africa and to gain skills through the workshops but also to ensure a sustainable network with the Indra groups globally due to the effective outcomes of this network as evidenced in the past. This was achieved through not only observation, taking notes and a visual diary towards sharing the practises and ideas with the ARROWSA Bechet co-ordinator, Bhekithemba Dlamini and the ARROWSA Bechet group on her return to Durban (see pay-it-forward section)  but also through physical participation in the various performance and visual arts workshops over the five days; attendance and presentation at the one day symposium and discussions with the co-ordinators and facilitators from the various countries. 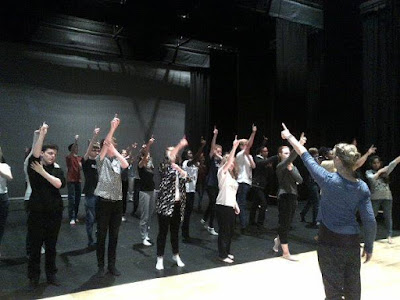 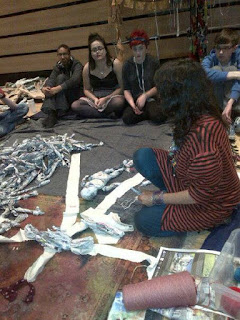 Maggi Squires demonstrates in the puppet-making workshop –
These were used in the final performance. 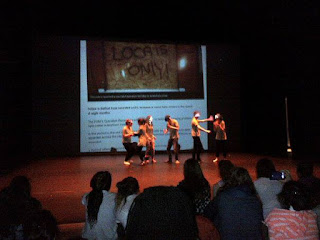 An example of an Indra global performance:
Derry, Northern Ireland group on hate crimes in the area. 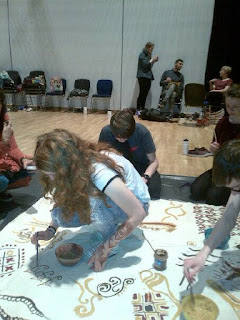 Visual art workshop creating a backdrop for the final
performance from paint made from different colour soil.

Mary Lange of ARROWSA also led the South African session on the 8th July 2015 with the entire congress and started with a San ‘Ostrich Dance’ that included all the participants and acted as an ice-breaker and warm-up. A skype link was then made with Luthando Ngema and Darnelle Fortune who introduced themselves and ARROWSA’s practises specifically regarding the use of Applied/Community Theatre and reconciliation with others and the environment. 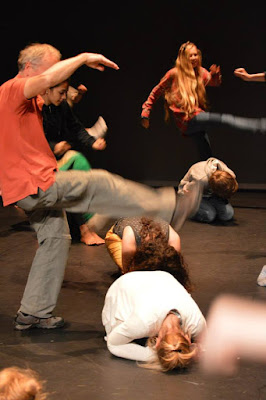 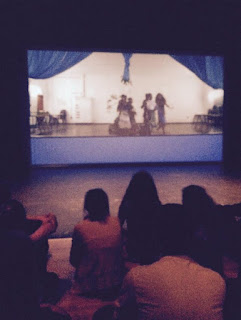 A video of the workshop performance by ARROWSA Bechet learners of a short story ‘Messy’ written by Mary Lange and co-ordinated by Bhekithemba Dlamini.  After the video the floor was opened for questions from the congress youth on South Africa and the viewed performances.  Answers were provided by Luthando Ngema and Darnelle Fortune via the skype link as well as Mary Lange present at the congress. 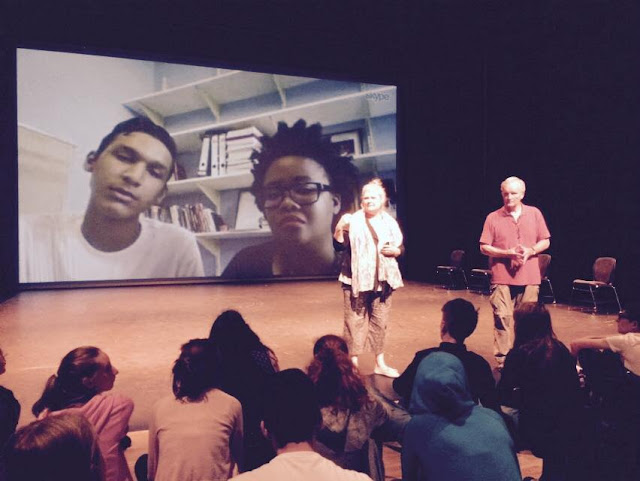 The Congress also included a one day Symposium on Friday 10th July 2015 attended by group co-ordinators, academics and practitioners and generously hosted by the University of Plymouth.  This focused on the theme of social justice, and was an opportunity to discuss and debate the future of the global Indra network as it moves into the next stage of its development. ARROWSA’s Mary Lange and UKZN Drama and Performance, Dr Miranda Young-Jahangeer represented South Africa at the symposium. “Mary Lange and Miranda Young-Jahangeer gave a PowerPoint presentation to announce the hosting of the 2018 Congress by ARROWSA and the University of KwaZulu-Natal. It was agreed that 2018 would be a more suitable date than 2017, given the postponement of Bethlehem from 2015 to 2016. Hubs will have more scope for raising the funds necessary to attend. Mary and Miranda were thanked for their wonderful offer.” (From the Symposium report 2015 by Prof Tim Prentki, Professor of Theatre Development, University of Winchester, Drama Department). 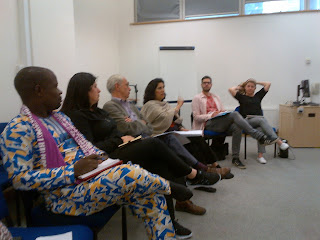 Global delegates at Plymouth Symposium in July 2015
and Mary Lange, ARROWSA, & Miranda Young-Jahangeer, UKZN,
present at the Symposium on a proposed Indra Congress in Durban South Africa in 2018 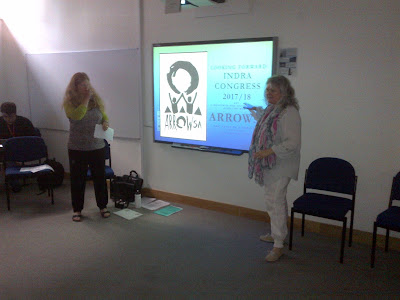 Challenges experienced for this section of the project for South Africa specifically were firstly due to the air ticket funding not arriving in time for visa applications for the youth. This was largely overcome by the skype and video presentations and the presence of Mary Lange.  However the limitations of the venue where the ARROWSA Bechet group meets was emphasised due to the poor sound quality of the video especially as it was played in a very large venue at the Indra Congress.  The problem with the sound quality was overcome by an explanation to the audience of the context and content during the question and answer section but if any further digital exchange is to take place this should be addressed.

The inability of the ARROWSA youth to attend the congress in Plymouth was further overcome by the extension of the Indaba focus of the project to include ARROWSA youth visiting Plymouth for intercultural and theatre skills exchange in September 2015 and a Plymouth theatre and drama expert to work with Durban youth in October 2015 (See sections 3 and 4 of this report).

Discussions at the Plymouth Symposium on the 10th July 2015 highlighted the need for more bi-lateral exchange between different countries before the global congresses.  This would lead to greater connections and understanding before these global meetings and thus facilitate even more effective exchange and would include more youth than could just physically attend the global congress. Towards this at the Symposium the co-ordinators and facilitators from Plymouth, UK, Alix Harris; Cyprus, Maria Pappacosta; South Africa, Mary Lange and Northern Ireland, Mary Duddy and Matt Jennings decided to devise a joint intercultural project that would precede the global congress in Palestine in 2016.  Discussions on this were firstly held enroute to London between Maria Pappacosta, a school inspector in Cyprus, and Mary Lange.  An outline and title for the exchange was suggested namely ‘Check Points’ whereby youth would research check points past and present within their own society whether physical or abstract; they would then devise a group Applied Theatre on their research; this artwork would be exchanged amongst the various groups digitally and result in a group skype discussion session with all four hubs. The time frame would be January to March 2016. Subsequent discussions on ‘Check Points’ were held over a few meetings in Derry between Mary Lange and Mary Duddy, First Act Theatre, and Matt Jennings, University of Ulster, Drama Department and with Alix Harris, Plymouth. 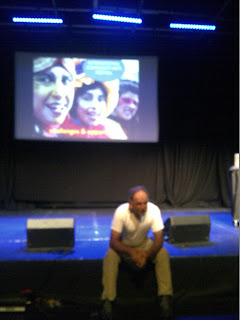 Mary Lange also attended the Earagail Arts Festival, ‘Beyond the Pale’, Community Theatre lecture on 17th July 2015, at An Grianán Theatre, by Community Theatre specialist, Eugene van Erven, Utrecht University and Community Art Lab, Netherlands. Mary Lange had post lecture discussions with Eugene about the possibility of an exchange between South African practitioners and his organisation in 2016/2017 specifically towards the transference of skills regarding street performance and street festivals. On 20th July 2015 Indra facilitator and drama lecturer at Ulster University facilitated a meeting in Derry between Mary Lange, ARROWSA,  Community Drama Director,  and artist from Citizen’s Theatre, Glasgow as well as Philip Parr, Artistic Director of Parabbola, London on ideas for possible future collaboration. They also went on a tour of Derry Playhouse Theatre & Mary Lange visited the Echo Echo Dance Company, Derry community exhibit.  She held discussions with the manager of the Playhouse Theatre and a manager of the Echo Echo dance company about possible future collaborations or exchanges. 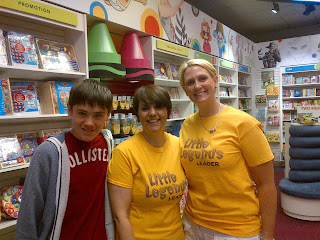 Mary Lange was also invited by Northern Ireland Indra facilitator Mary Duddy to sit in on a Verbal Arts session with pre-schoolers, ‘Little Legends’ at a book shop in the Foyle shopping centre Derry.  This resulted in Mary Lange observing what skills are needed for such a reading and performance initiative that could possibly be introduced in South Africa.  She then, enroute back to South Africa, attended and presented on Applied Storytelling at the National University of Ireland Galway ‘Performing the archive’ conference where she furthered international potential for future intercultural exchange projects specifically with delegates from Northern Ireland and South African expatriates living in London, UK. 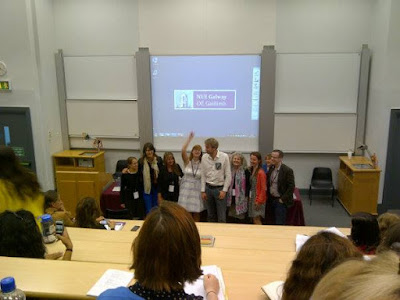 Mary Lange and Miranda Young-Jahangeer conveyed to ARROWSA management the processes of the Plymouth congress July 2015.  Further to this Mary led a movement and vocal workshop with the ARROWSA Bechet group on her return to Durban.  During this she shared some of her experiences with the approximately 50 participants.  The workshop incorporated the movement methodologies that Mary Lange had learnt at one of the movement workshops at the Indra Congress in Plymouth in July that was run by Jules Verne in which even participants who do not consider themselves dancers are able to within a very limited time become part of an effective group performance. 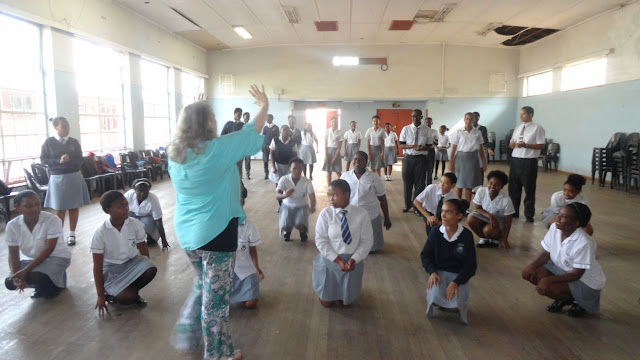 Bhekithemba Dlamini also observed and participated in the workshop offered by Mary and he then implemented the technique and skills gained in future sessions with the group and specifically the physical and vocal warm-up before the performance at the Durban of Technology Jewellery department and ARROWSA collaborative exhibition opening. 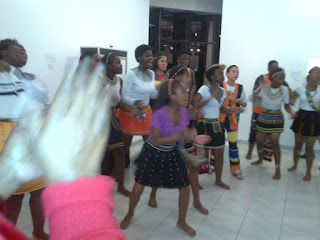 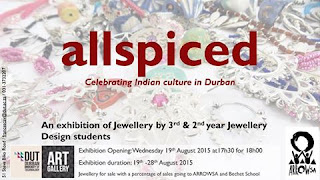 The technique even served as a base for one of the items in their production to which Bheki was working with the group (see section 2.2.1).  Mary also passed on basic report skills to the youth in the project namely, Bheki, Darnelle and Tshiteya. More in depth skills were transferred to Bheki towards his report needed for his participation in the eThekwini Passbook Competition (see section 2.2.1). Mary will continue to pay-it-forward to the ARROWSA Bechet group in her voluntary capacity within the organisation and as she runs or assists in their weekly workshops.