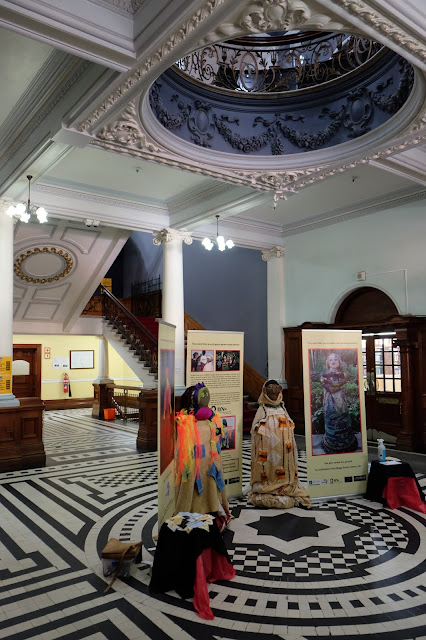 It was an exciting morning when partners from the ARROWSA Durban team of the They stand their ground against gender-based violence came together at the installation in Durban City Hall foyer. This is the Durban leg of the ARROW-INDRA SAUKINDIA part of the project. ARROWSA Bechet learners who are based at Bechet High School created two textile 'people' from recycled materials with the assistance of Mary Lange, ARROWSA chair and Bheki Dlamini, ARROWSA performance and schools portfolio leader and an educator at Bechet High School.
The ARROWSA Bechet participants contribution was guided by three ARROWSA Bechet leaders namely Casey Spinner, Sne Mbisi and Mary Tsheteya. Banners in the installation included images from the South Roots International contribution to the project that will be exhibited in Cape Town. One banner included an image of Naledi. 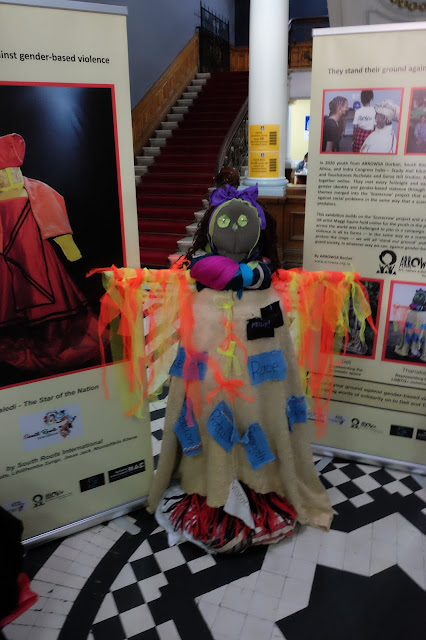 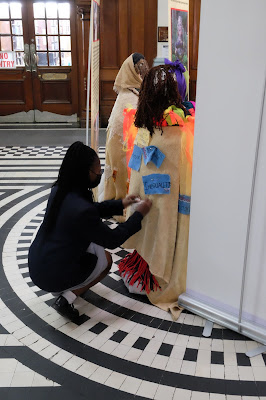 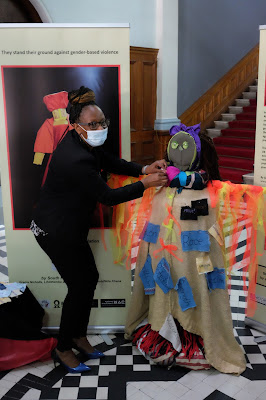 The textile people from recycled materials were inspired by the work of Maggi Squire (see her instagram page @maggisquire) and one banner included an image of Maggi's She who stands her ground created by Maggi during lockdown. Maggi hosted an online workshop with the ARROW-INDRA participants from ARROWSA Bechet, Local History Museums and CCMS, UKZN from Durban, South Roots International from Cape Flats, Touchstones Rochdale and Gorse hill Studios in Manchester, UK and Study Hall Educational Foundation in Lucknow, India.  Maggi's workshop formed part of the ARROW-INDRA SAUKINDIA 'Scarecrow' project. 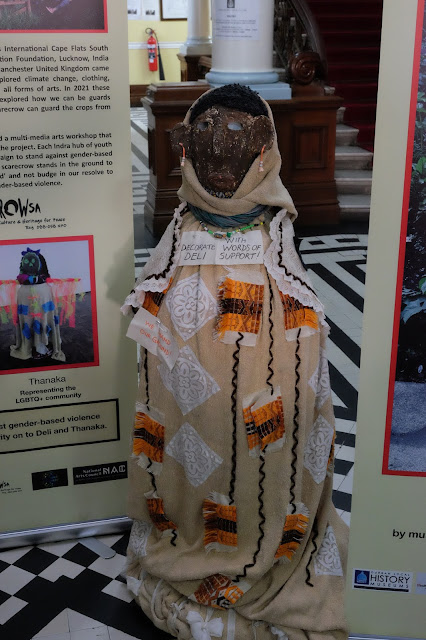 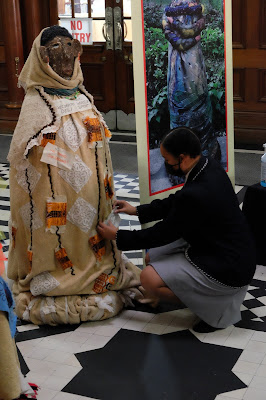 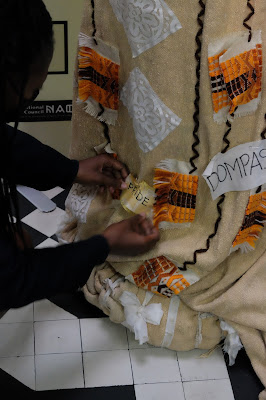 The 'Scarecrow' project stimulated creative thinking of us as a community guarding each other against gender-based violence in the same way as a scarecrow guards the crops from predators.  ARROWSA Bechet created two textile 'people' from recycled materials such as empty dog food containers, old curtains, brooms and place mats. They created two 'people' one named Deli who represents abuse in the domestic space, either of wives, girlfriends and partners or of domestic workers. The other 'person' is Thanaka who represents the LGBTQ+ community, particularly boys and young men who are often ignored in discussions on gender-based violence. 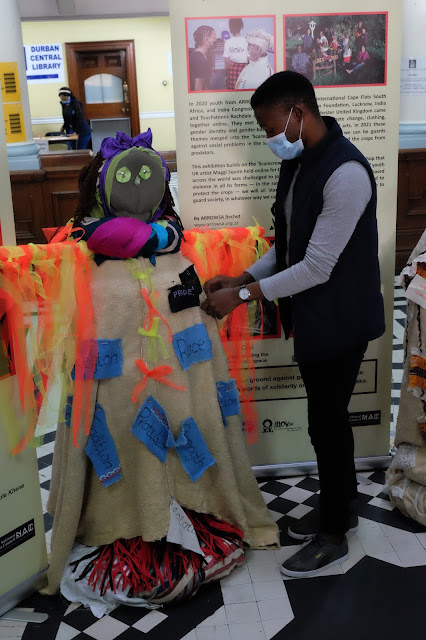 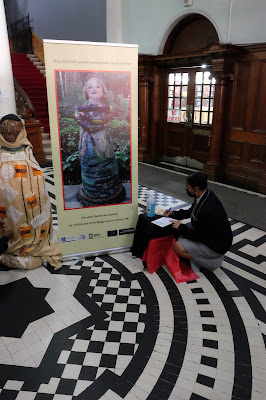 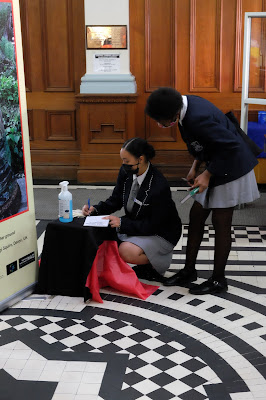 The installation is interactive as visitors are invited to add words of support to Deli and Thanaka. There is also a book where comments may be written down by visitors. Already the pages are filling with comments. Join us in standing against gender-based violence by visiting the installation at the Durban City Hall foyer - at the entrance to the library.
Thanks to National Arts Council for funding towards this project
Thanks for assistance with the installation to Local History Museums, DAG and Author Jewellers.
Photos by Frik Lange